The company describes itself:

Denim was carefully selected by Adriatic Skyways to become its single and exclusive airline partner. Denim has established an impressive track record as a regional aircraft operator. They have operated on behalf of airlines, companies, tour operators and other groups since 1996. Denim focuses on operational excellence, rather than ticket sales. The optimization of the flight operation in terms of reliability, punctuality, and passenger satisfaction has the highest priority.

Denim operates Embraer E190, Fokker 50 and Fokker 100, and confirms that they have these aircraft available.

Adriatic Skyways is established to promote and develop airline traffic from the Balkan region. Its expertise lies in the commercial operation of an airline, rather than the operational. Adriatic Skyways focuses on the contacts with tour operators, local tourism agencies, hotels, governments, etc, in order to increase traffic and tickets sales from the region. The business model excludes starting its own AOC to stay lean and low cost, and therefore Adriatic Skyways has selected Denim Air ACMI as its operator. The aircraft are in Adriatic Skyways livery and the flight program is managed by Adriatic Skyways. The entire flight experience for the passanges is an Adriatic Skyways product. 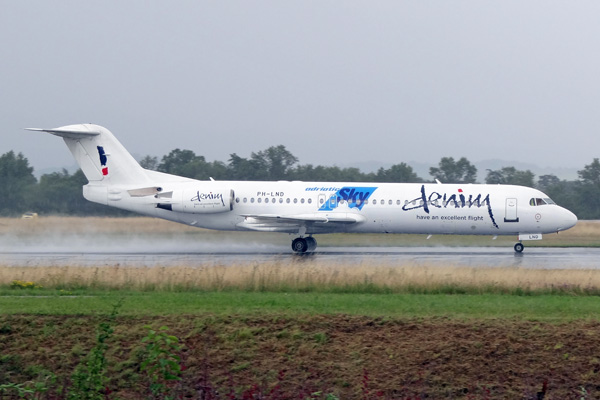