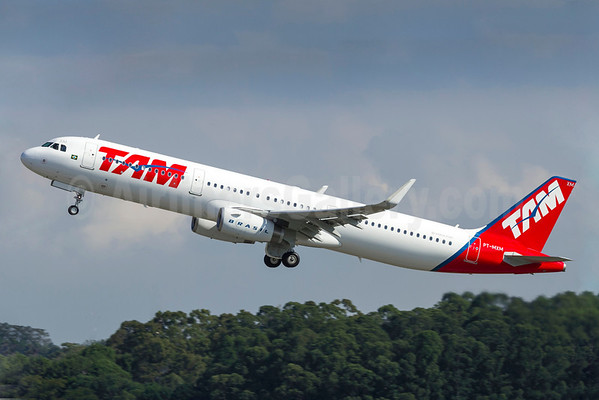 In order to allow TAM Airlines to remain committed with its long term sustainable development and growth plans for Brazil, the Company has decided to implement an adjustment to its domestic network at this time.

Given the impact of the challenging economic scenario in the country, caused by an increase in inflation and an appreciation of the U.S. dollar versus the Brazilian real, resulting in a slowdown in the airline industry, TAM is now implementing a gradual reduction of its domestic operations in Brazil of approximately 8% to 10%. As a result, the company has revised its capacity growth (ASK) guidance for this year for the domestic market in Brazil from 0% growth to a contraction of 2 to 4% as compared to 2014.

TAM has been working to adopt several measures to limit the impact of this adjustment on its employees. Nonetheless, the Company estimates it will reduce its staff by less than 2%, considering its normal turnover. Given the Company’s mid-term growth plans, this adjustment will not impact flight crew personnel. TAM will provide support to the affected employees with an outplacement program.

In order to guarantee the best service to its passengers, TAM will continue to serve all domestic destinations that it currently operates.

The Brazilian airline industry has suffered from declining demand, according to National Civil Aviation Agency (ANAC) data. Furthermore, data from the Market Readout of the Brazilian Central Bank released on July 10 indicates that the market projects a further decline of the Brazilian GDP, in 2015, with estimates revised down from a contraction of 1.3% to a 1.5% decline. They also estimate that inflation should end the year at over 9%, while the U.S. dollar is expected to continue to strengthen against the Brazilian real.

“TAM is taking this measure to face the difficult economic scenario of the country. It is necessary to make adjustments to our network while maintaining the connectivity we offer our passengers, and strengthening even further the Company’s competiveness in Brazil ”, said Claudia Sender, CEO of TAM S.A.

“We continue to believe in the country’s recovery and this adjustment in no way affects the Company’s long-term strategy, which include the renewal of the fleet, the feasibility study for the Northeastern hub and the continuous strengthening of our hubs in Brasília and São Paulo/Guarulhos”, she added.