Via Airlines has announced nonstop service to two new destinations from Memphis, Tenn., making Memphis International Airport (MEM) a key part of their ongoing expansion efforts throughout the mid-west and the northeastern U.S. The new destinations include nonstop service to Pittsburgh, Pa., and Austin, Texas, with the first flight taking off from Memphis June 25, 2019.

The new nonstop flights in and out of Memphis will operate four times each week on Mondays, Tuesdays, Wednesdays, and Fridays through the Memphis International Airport (MEM) on ViaAirlines’ 50-seat Embraer ERJ 145 jets. 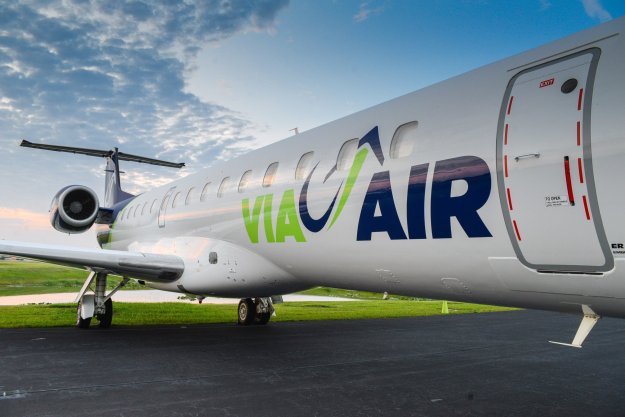 Via Airlines also announced nonstop service from Raleigh, N.C. to Birmingham, Ala., making Raleigh-Durham International Airport (RDU) a key part of their ongoing expansion efforts throughout the southeastern U.S. The first flight on this new nonstop route between Raleigh and Birmingham, Ala., takes off April 11, 2019.

The new nonstop flight in and out of Raleigh/Durham will operate four times each week on Sundays, Mondays, Thursdays, and Fridays through the Raleigh-Durham International Airport (RDU) on Via Airlines’ 50-seat Embraer ERJ 145 jet.

Finally Via Airlines announced nonstop service to four new destinations from Pittsburgh, Pa., making Pittsburgh International Airport (PIT) key to their ongoing expansion efforts throughout the northeast. The new destinations include nonstop service to Birmingham, Ala.; Memphis, Tenn. and Hartford, Conn., with through service to Austin, Texas, from Memphis. The first flight from Pittsburgh takes off in April with other routes flying in June and July of 2019.

Now serving a total of 19 cities across the U.S., these route announcements are part of the established carrier’s largest expansion to date. Three new focus cities were announced at the same time as Memphis and Pittsburgh, including Hartford, Conn., Birmingham, Ala. and Raleigh, N.C.