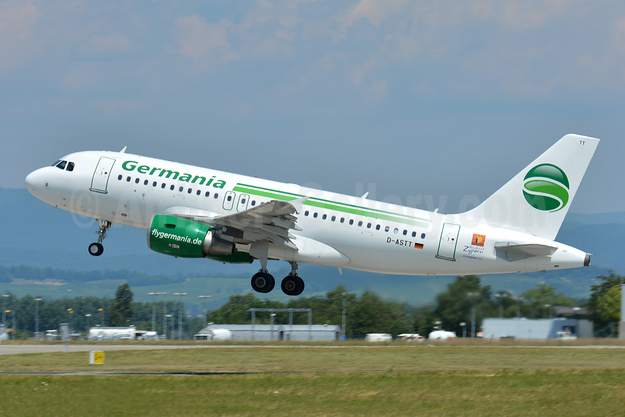 Germania on February 4, 2019 declared bankruptcy along with its technical and service divisions but not Germania Flug in Switzerland and Bulgarian Eagle.

The final scheduled flight was flight ST 3711 from Fuerteventura to Nuremberg, arriving on February 5, 2019 at 01:11 AM.

Flight operations were terminated during the night from February 4 to February 5. Germania’s employees have been informed. Swiss airline Germania Flug AG and Bulgarian Eagle are not affected by this step.

Karsten Balke, CEO Germania Fluggesellschaft mbH, said: “Unfortunately, we were ultimately unable to bring our financing efforts to cover a short-term liquidity need to a positive conclusion. We very much regret that consequently, our only option was to file for insolvency. It is of course the impact that this step will have on our employees that we regret the most. All of them as a team always did their best to secure reliable and stable flight operations – even in the stressful weeks behind us. I would like to thank all of them from the bottom of my heart. I apologise to our passengers who now cannot take their Germania flight as planned.”

Those Passengers affected by the suspension of flight operations who booked their Germania flight as part of a package holiday can contact their respective tour operator in order to organize substitute carriage. For passengers who have booked directly with Germania, there is unfortunately no entitlement to substitute carriage.

Germania’s short-term liquidity need emerged mainly due to unforeseeable events such as massive increases in fuel prices last summer and the simultaneous weakening of the euro against the US dollar, considerable delays in phasing aircraft into the fleet and an unusually high number of maintenance events that the airline’s aircraft required were major burdens for the company.