Today, June 2, June 2, Delta’s MD-88s and MD-90s will fly their final scheduled flights before heading to Blytheville, Ark., for their well-deserved retirement. For more than three decades in the case of the MD-88s, these aircraft served as steady workhorses for the domestic network. They also played significant roles during some of Delta’s challenging moments, as well as periods of success for the airline.

Even now, the MD-88 and MD-90 retirement marks a special moment in time for Delta, as the airline looks to evolve into a stronger, better, more nimble company amid the COVID-19 pandemic.

The final MD-90 flight—aptly numbered DL90—will arrive in Atlanta from Houston at approximately 9 a.m. The final MD-88 flight, DL88, will from arrive from Washington-Dulles at 10 a.m.

Delta is the last U.S. passenger airline to operate these aircraft, whose history will never be forgotten. At our peak, Delta operated a fleet of 185 “Mad Dog” jets that flew roughly 900 daily flights. Read on for a snapshot of both aircraft, which have carried millions of Delta customers during their operating lifespan.

More from CNN on the last flights. 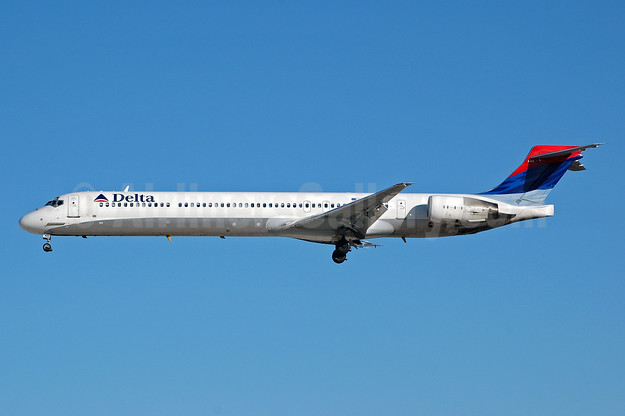