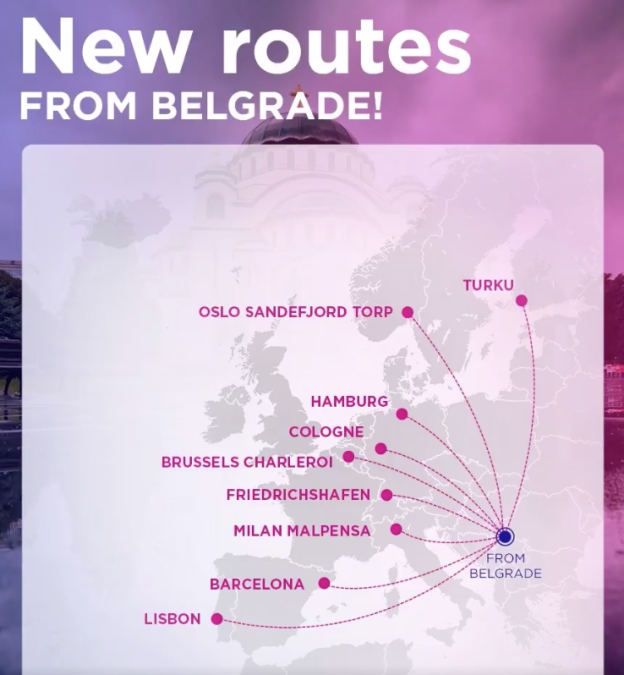 Wizz Air has announced an expansion of its Serbian operations, adding one new Airbus A321 aircraft to the Belgrade base as well as converting the other two based aircraft to Airbus A321 from August 2020. The new aircraft will join the fleet in July 2020, which will grow the local Belgrade fleet to three aircraft.

The first Wizz Air flight from Serbia departed in 2010. Belgrade was one of the first airports in the SEE region for Wizz Air with flights to Dortmund and London. Since that moment Wizz Air has constantly expanded its operations, bringing opportunities through affordable travel and has welcomed over 5 million passengers in Serbia. With the latest expansion of its Serbian fleet, in 2020 Wizz Air will have 3 based aircraft in Serbia, employing more than 70 customer-oriented crew, who deliver excellent service on each WIZZ flight. Wizz Air now offers 28 routes to 16 countries from 2 Serbian airports: 23 routes from Belgrade and 5 routes from Niš. The conversion of the entire Belgrade fleet to A321 operations would mean an annual capacity of 1,31 million seats on sale from Belgrade.

* Wizz Air’s carbon-dioxide emissions were the lowest among European airlines in FY2019 (57.2 gr/km/passenger)

** One-way price, including administration fee. One carry-on bag (max: 40x30x20cm) is included. Trolley bag and each piece of checked-in baggage is subject to additional fees. The price applies only to bookings made on wizzair.com and the WIZZ mobile app. Number of seats at indicated prices are limited.

In other news, the carrier is establishing its first base in Russia. The company will start new routes from St. Petersburg to new destinations, including Salzburg, Stockholm, and Malta.

Finally the airline will open its 7th base in Romania: Bacău to London and Rome and to the sunny Larnaca and Catania.