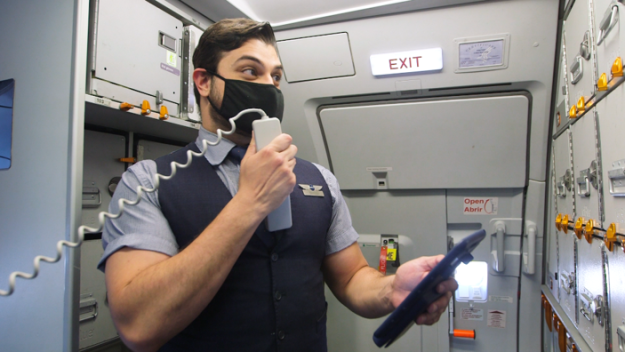 JetBlue Airways today announced it will make Los Angeles International Airport (LAX) its primary base of operations in greater Los Angeles, advancing its focus city strategy and building relevance for the airline in one of the busiest markets in the world.

To enable the shift, the airline will move service currently operated at Long Beach Airport (LGB) to LAX, along with its Long Beach crew and maintenance bases, beginning in October. 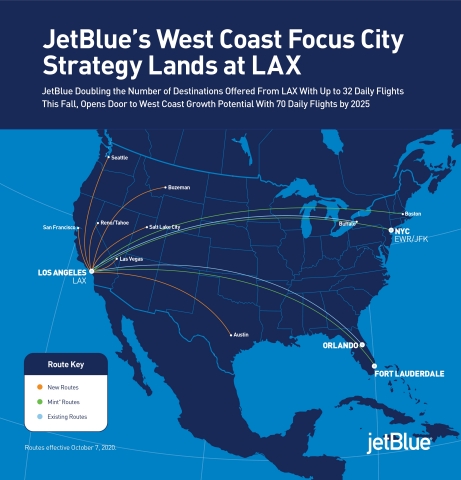 With support from Los Angeles World Airports (LAWA), JetBlue plans to embark on a strategic expansion over the next five years with plans to reach roughly 70 flights per day by 2025. This will include multiple new markets, both domestic and international, some of which have never had nonstop service to and from LAX.

“Since it first touched down at LAX in 2009, JetBlue has continued to invest in and expand its presence at our airport, and we are excited that the airline has chosen to grow its LAX operation beginning in October,” said Justin Erbacci, CEO, LAWA. “With seven new routes and more than 30 daily flights, JetBlue will be an important part of LAX’s comeback from historic lows in passenger traffic, and our guests now will have even more choices.” 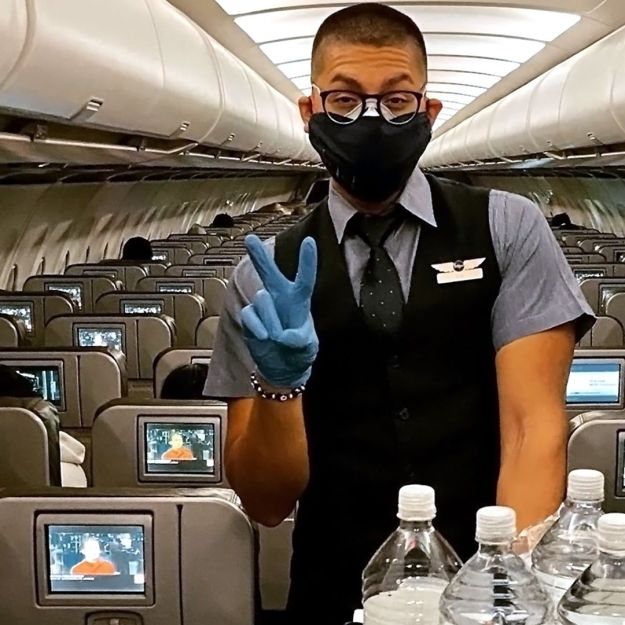 LAX is the busiest origin and destination (O&D) market in the world, meaning more people start or end their journey at LAX – versus connect through – than any other airport. Its 24/7 operations and customs and immigration facilities also allow JetBlue more flexibility in future flight and destination scheduling.

New markets will complement existing nonstop service between LAX and:

JetBlue’s final day of operations in Long Beach will be October 6. Service to Portland International Airport (PDX) will not transition to LAX. JetBlue will continue to serve Portland, Ore. from New York-JFK, Boston and, starting in October, Fort Lauderdale.

All LAX, non-Mint routes will be operated using JetBlue’s Airbus A320 or all-Core A321 aircraft offering the airline’s award-winning service featuring the most legroom in coach (a); free Fly-Fi, the fastest broadband internet in the sky (b); complimentary and unlimited name-brand snacks and soft drinks; free, live DIRECTV® programming and 100+ channels of SiriusXM® radio at every seat. 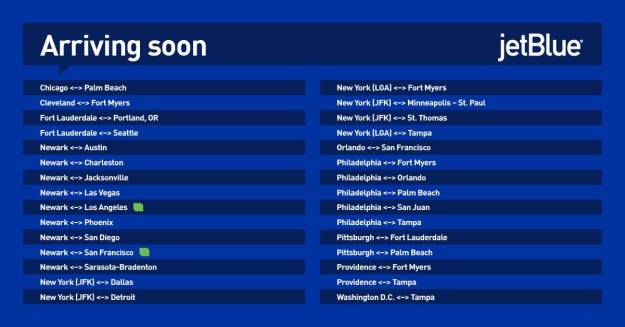 JetBlue began serving LAX in 2009 and launched its highly acclaimed Mint service in 2014. Currently, more than 150 JetBlue crewmembers are based at LAX. That number will grow substantially to nearly 700 with the added flights announced today and with the move of crew and maintenance bases from Long Beach to LAX.

Elsewhere in greater Los Angeles, JetBlue will continue to serve Hollywood Burbank Airport (BUR) and Ontario International Airport (ONT), which are key to the airline’s broader LA strategy. JetBlue is appreciative of the support received from airport leadership and elected officials in both Burbank and Ontario.