Icelandair made this announcement:

As previously announced, Icelandair has been negotiating with the Icelandic Cabin Crew Association (FFI) on a new long-term collective-bargaining agreement for the company’s cabin crew members. The objective has been to ensure the long-term competitiveness of the Company while safeguarding the  competitive compensation and working conditions of the Company’s cabin crew members.

Unfortunately, the negotiations with the Icelandic Cabin Crew Association have come to an end without a conclusion. On July 8, 2020, the members of the Icelandic Cabin Crew Association, rejected a new collective-bargaining agreement which had been agreed to and signed between the parties’ negotiation committees. Although the negotiations were continued after the results of the voting were announced, it has now become evident that a mutually agreed conclusion will not be reached.

Icelandair has been exploring other options regarding safety and service onboard its aircraft. As a result, the Company will instruct its pilots to assume responsibility for safety on board  but services will continue to be at a minimum, as it has since the impact of Covid-19 started. The Company expects to initiate discussions with a counter party within the Icelandic labor market on future terms for the Company’s cabin crew members.

Due to this unfortunate situation, Icelandair will permanently terminate the employment of its current cabin crew members and permanently discontinue the employment relationship between the parties. The Company’s pilots will temporarily take over responsibility for onboard safety on July 20.

“Despite the failure of negotiations between Icelandair and the Icelandic Cabin Crew Association (FFI), the parties managed to resume discussions and signed a new collective agreement which is valid until September 30, 2025”.

“The current agreement results in a further reduction in operating costs without adversely affecting the working conditions of cabin crew members,” the statement said. “As a result of these advancements, Icelandair pilots will not take responsibility for on-board safety and the most recent cabin crew layoffs will be withdrawn.”

On July 11, 2020 Icelandair celebrate 75 years since the first international passenger flight from Iceland, when a Catalina flugbátur (‘flightboat’, or seaplane) flew a six-hour flight from Reykjavík to Largs Bay, Scotland. 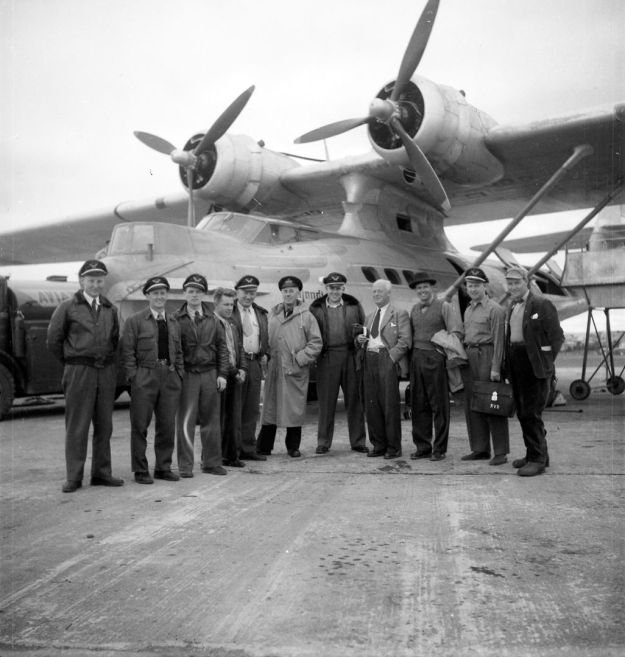