First Officer Chris Dennis’ short, hand-written letter left on the flight deck of an A321 parked in the California desert at the beginning of the pandemic was discovered by a fellow pilot — more than a year later.

There, he found a letter from a fellow First Officer, Chris Dennis, the last pilot to fly this aircraft before COVID forced thousands of cancelled flights, uncertainty, a global pandemic. As passenger loads and departures decreased drastically at the onset of the pandemic, 435 days ago, Dennis had parked ship 3009 in the California desert. Feeling the surreality of the moment, he penned a note for the pilot that would get to do the return to service flight.

As he read the letter, Perez was transported back to feelings from 15 months ago, a chilling reminder of how different things were, and how different we feel today.

“If you are here to pick it up then the light must be at the end of the tunnel,” the letter read.​ 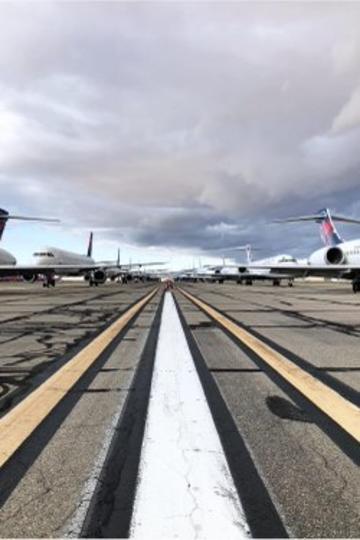 SLEEPING IN THE DESERT

On March 23, 2020 the world was only beginning to enter the pandemic tunnel. First Officer Chris Dennis picked up a trip to VCV. At first glance, he didn’t recognize the airport code and looked it up: Victorville. He knew of the desert airport. The significance of this flight started to sink in.

When he arrived at an empty MSP airport that Monday, he realized this particular trip would be unusual. The airport was empty, quiet. A single Red Coat greeted him.

“We pushed back with the ground crew; the terminal was empty. It felt desolate,” he said.

They took off to Victorville as Minnesota locals heard talks of a two-week lockdown.

“It wasn’t until we were on final approach headed in for landing when it hit me,” Dennis later recalled. “The VCV instructions noted to go behind a ‘follow-me vehicle’ that brings you to a parking spot. As we crossed the runway: Delta aircraft. It’s hard to fathom how many aircraft Delta has until you see that many of them parked in one place.” 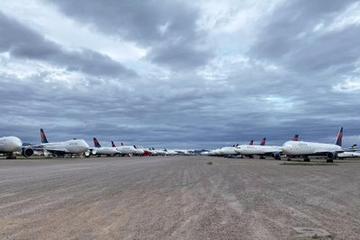 “When we got in line, it looked like an optical illusion. It just kept going and going,” Dennis said. “I don’t know how to describe it – it was shocking.”​

“I thought about how many people’s jobs rely on just one of those airplanes,” Dennis said. “From the Reservations agent, to the ticket agent, to the pilot, flight attendants, mechanics, the ramp crew. Then you go a level deeper: the rental car agency, the hotels, the tourism companies.” 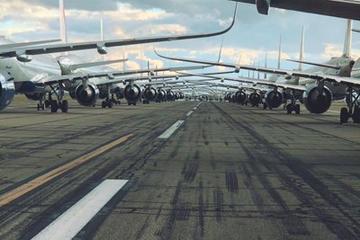 Dennis parked 3009 for what he thought would be a 14-day stay at VCV. Even then, 14 days was a shocking amount of time to him.

Recognizing the impact of that moment, Dennis penned a letter to serve as a “time capsule” and tucked it away in the tray table for the crew that would take the aircraft out of storage.

The letter reads: “Hey pilots – It’s March 23rd and we just arrived from MSP. Very chilling to see so much of our fleet here in the desert. If you are here to pick it up then the light must be at the end of the tunnel. Amazing how fast it changed. Have a safe flight bringing it out of storage!” 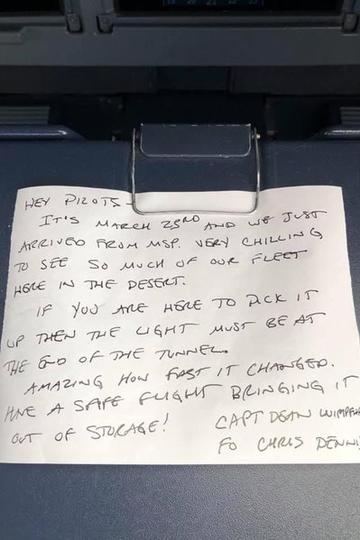 Feeling overwhelmed, Dennis shared photos of his trip and his letter to Facebook. As people tried to come to terms with what was happening across the world and to our industry, the post went viral, shared by over 4,000 people across more than 35 countries. 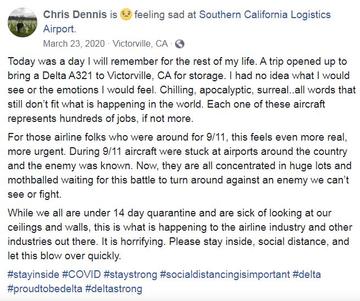 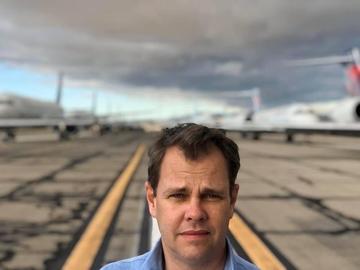 Photos of parked aircraft taken by First Officer Chris Dennis in March 2020. His photos are now preserved in the Delta Museum.

Now, 435 days later, after a 90-day leave, reflecting on the immeasurable year that drastically stands out among his 25 years of piloting, Dennis finally sees that light at the end of the tunnel he referenced in his letter.

First Officer Nick Perez, who is inching on five years with the airline, reads the same letter over a year after it was written with a mindset influenced by the pandemic, but more optimistic. On June 1, 2021, he landed at VCV and started planning his mission to wake up 3009.

Before taking off, Perez and the team went through pages and pages of pre-flight verification. While parked, ship 3009 lent parts to other aircraft, a standard practice for long-term storage. But this loan was more extreme than usual. In fact, over 120 of 3009’s parts went to other aircraft during its unprecedented 436 days stay at VCV. Tom Trenda, a TechOps mechanic based in MSP, and his team spent weeks preparing this aircraft, and many others, to fly again as Delta’s loads and schedules picked up. 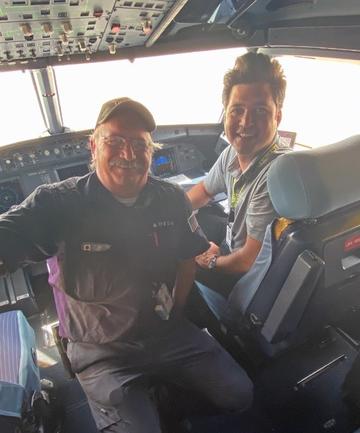 t some time chatting with Trenda before departing, recognizing the significance of what the maintenance teams accomplished for what was, initially for Perez, just a standard ferry flight to MSP.  “These teams do so much work as things fall apart around us,” he said. That has become particularly evident in the past few months, as maintenance crews across Delta work to wake up the airline and head into recovery.​

As Perez prepared to depart, Trenda mentioned that he should check the tray table in the flight deck – that he’d find something inside.

When Perez flipped down the tray table, Dennis’ note fell out – 57 words encapsulating the uncertainty and emotion we all felt in March 2020.

It was only after reading the note that he understood the gravity of the trip. He immediately began to think about how Dennis must have been feeling when he wrote the letter. “He had to have been thinking he was leaving his job,” Perez said. “Back in March, I was 100% certain I was going to lose my job.”​

“I kept thinking about my mindset now compared to his when he left this note,” Perez remembers. “[Back then], we were getting good at landing empty airplanes, now we’re going in the right direction. I’m in good spirits. I’m very optimistic. I feel like how I felt in 2017 again – ready to get going.”

“As they get into that airplane, they are going to see the opposite view than I saw,” Dennis recalled. “There’s going to be an open runway in front of them.”

Today, Perez sees the open runway that Dennis hoped for.​ 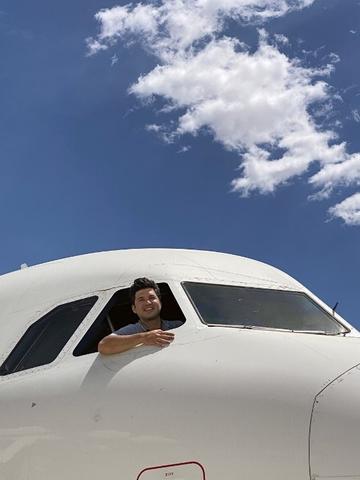 On June 1, 2021, the A321 came out of storage at VCV and prepared to take the skies once again. To Dennis, its re-entry means recovery.

While 3009 has been parked a lot longer than Dennis’ original prediction of 14 days – 435 days later, ship 3009 is now out of the desert. His tray table note is now with the flight crew, ready to be added to another time capsule, as a symbol of the 15 months Delta spent navigating the pandemic, toward the light we all knew was at the end of the tunnel.​