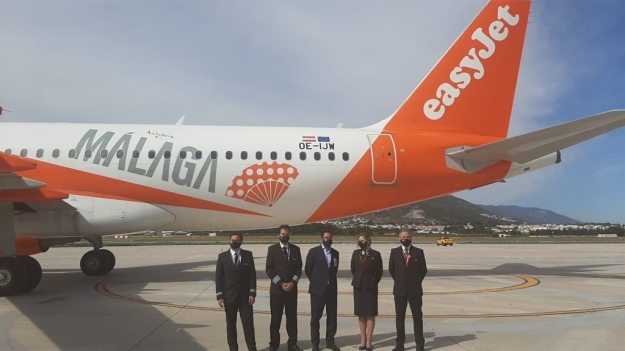 Ahead of the summer season, easyJet on June 8 inaugurated its new seasonal base at Malaga-Costa del Sol Airport, which will allow the carrier to better respond to an increase in demand due to different European countries progressively re-opening for tourism. The new base, operational since June 1, adds to those that easyJet already has in Barcelona and Palma de Mallorca and consolidates the company’s presence in Spain, an ever-growing market for the airline.

easyJet will now base a total of 12 aircraft in Spain where it counts on more than 400 employees, all employed under local contracts. easyJet is the 2nd airline in Malaga and, after announcing a new route with Birmingham  (from June 29 to October 30), it now offers up to 14 routes to some of the most popular destinations in Europe, such as London, Berlin, Geneva, Paris or Amsterdam, among others.