Eurowings is further developing its European network to Scandinavia with the opening of its new location in Stockholm. The popular German airline is offering new services in Scandinavia and will initially station five Airbus A320 aircraft in Stockholm by March 2022. This will be the eleventh Eurowings base of operations in Europe and the fifth outside its home market of Germany after Palma de Mallorca, Prague, Pristina, and Salzburg.

For the first time, the Lufthansa Group value carrier will offer attractive direct connections from Scandinavia to business and vacation destinations throughout Europe. With its increased presence in the Nordics, Eurowings will not only provide better connections to and from Sweden, but especially flights to popular beach destinations in Southern Europe for Swedish customers. The latest Eurowings base at Stockholm’s Arlanda airport also brings hundreds of new jobs to the region and – in what is hopefully the final phase of the Corona pandemic – an important stimulus for employment in the Scandinavian aviation market.

Eurowings flies from Stockholm to 20 European locations for the first time starting on March 27, 2022. The first published routes to and from Stockholm include popular Southern European sun destinations: Palma de Mallorca, Alicante and Malaga in Spain, Faro in Portugal, and Nice in Southern France. Other attractive destinations Eurowings will initially fly to include Berlin, Barcelona, Rome, Copenhagen, Birmingham, Gdansk, and Pristina. Further destinations will be announced in the coming weeks. Tickets can be booked shortly via eurowings.com and the Eurowings app. Tickets are already available for booking starting at SEK 299 (29.99 euros) for a one-way flight. 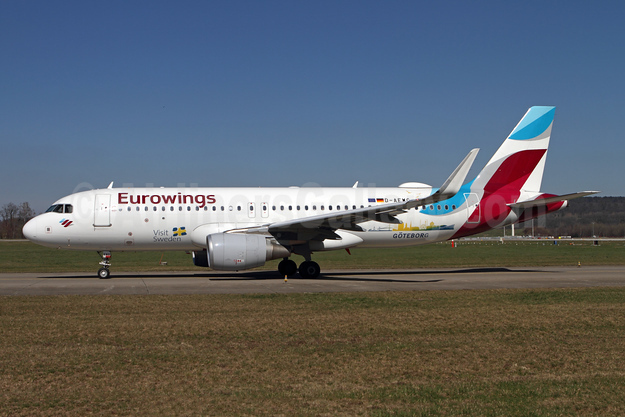