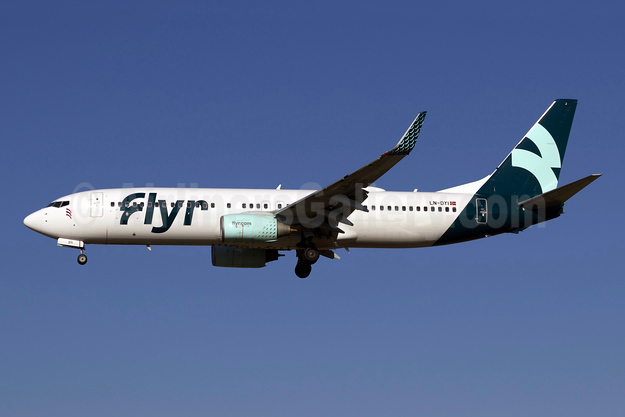 The new airline also issued a traffic report for January:

Market strongly affected by the Omicron situation and government restrictions.

Flyr had a total of 30.042 guests travelling to 13 destinations in January. Flyr’s total production was adjusted in line with the reduced demand for airline travels caused by the increase in the spread of Omicron and the restrictions implemented by the government in December.

Total capacity in January, with on average 3 aircraft in operation, was 53.5 mill ASK (available seat kilometers), with a load factor of 53.7%.

Unit revenue (PASK) in January was NOK 0.24, equal to average PASK from first flight in June 2021.

Flyr had a regularity in operations of 97.6 % and punctuality of 72.0 %. The development in punctuality is influenced by the winter storms during the month.

Flyr was established during the Covid-19 pandemic with the aim to build a sustainable and profitable business model by adapting and scaling production to meet the needs of the market. Expansion plans and the route network will be adjusted continuously depending on the pandemic situation.

The airline is currently operating five aircraft on domestic routes in Norway and to European destinations. The company plans to have 12 to 18 aircraft in operation by the end of 2022.