Putin invaded Ukraine for no reason at all. Western sanctions ordered western leasing companies to take back their leased aircraft from Russian airlines. Some aircraft were seized and some are now in storage.

The deadline for retrieving the aircraft was March 28.

Russian airlines largely leased their fleets from western leasing companies. As many as 515 aircraft at the peak were in the hands of Russian airlines.

Bermuda and Ireland, where nearly all foreign-leased planes operating in Russia were registered, suspended the operating certificates of airworthiness for those leased aircraft.

Russia in turn has been re-registering the aircraft onto the Russian register.

According to the BBC, a new “measure, signed into law by President Vladimir Putin, could circumvent that by bringing registration and certification of safety within Russia’s borders and use the foreign aircraft to fly domestic routes across the vast country.”

Russia’s commercial aircraft fleet could falter within months and risks being largely grounded in a few years as sanctions block essential spare parts, according to Jefferies https://t.co/Gw5oAhnX68

More from the BBC: 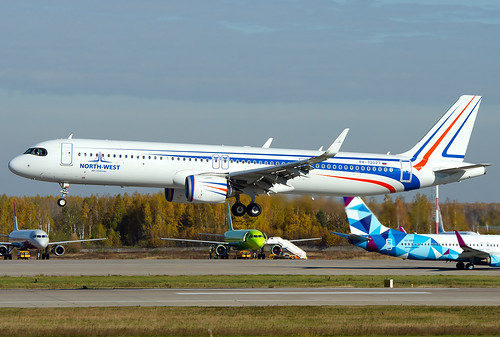