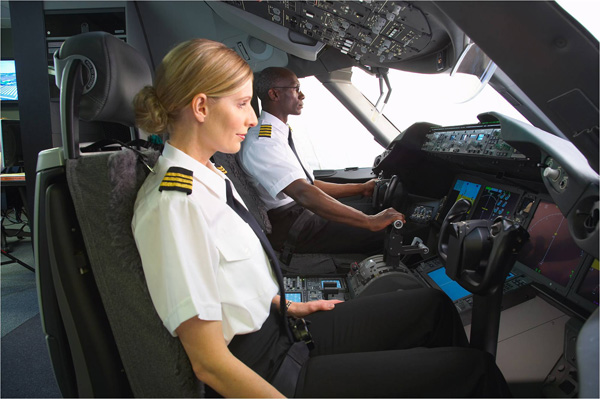 Boeing (Chicago, Seattle and Charleston) has released a new forecast showing continued strong demand for commercial airline pilots and maintenance technicians as the world’s airlines add 38,000 airplanes to the global fleet over the next 20 years.

“To help address this need, Boeing trained last year a record number of pilots and technicians at 17 training campuses around the globe and has invested in a comprehensive Pilot Development Program to train early stage pilots to become qualified commercial airline pilots,” said Sherry Carbary, vice president, Boeing Flight Services. “We will continue to increase the amount of training we provide, enabling our customers to satisfy the world’s growing appetite for air travel.”

“The challenge of meeting the global demand for airline professionals will not be solved by one company alone,” Carbary added. “Aircraft manufacturers, airlines, training equipment manufacturers, training delivery organizations, regulatory agencies and educational institutions are all stepping up to meet the increasing need to train and certify pilots and technicians.”

Overall global demand for these skilled resources will be driven by continued economic expansion, resulting in an average requirement for about 28,000 new pilots and more than 30,000 new technicians every year.

The 20-year projected demand for new pilots and technicians by region is:

The Pilot and Technician Outlook is Boeing’s long-term forecast of the demand for pilots and technicians and its estimate of personnel needed to fly and maintain the tens of thousands of new commercial jetliners expected to be produced over the next 20 years. The forecast is published annually to factor in changing market forces affecting the industry. Boeing shares the outlook with the public to inform airlines, suppliers and the financial community of trends in the industry.