Miami Air International has introduced a new livery as it celebrates its 25th anniversary.

“Snippets from the conversation between an air traffic controller and the pilot of a plane that slid into the St. Johns River upon landing in Jacksonville, Florida Friday night may give insight into why the aircraft landed on a different runway than planned.” 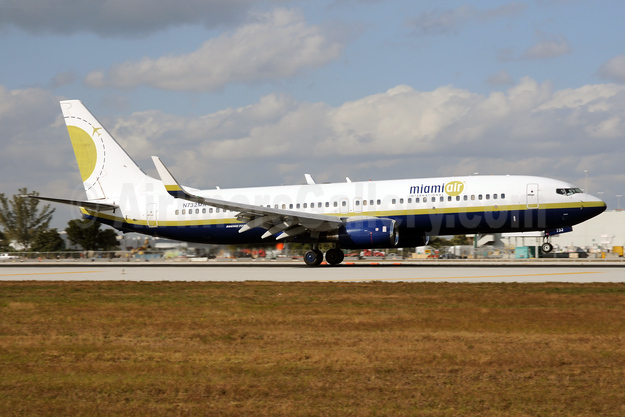 According to CBS News, Miami Air’s pilots on Friday night made a last minute runway change in order to land to the east at NAS Jacksonville. However runway 10 (9,000′ long) was essentially limited to 7,800′ landing east due to arresting gear.

In addition, the left-hand thrust reverser that was reportedly inoperative.

Miami Air International was notified of an incident involving Flight BSK293 on Friday, May 3, 2019 at approximately (9:55) pm EDT. The flight was a military charter operation which departed Guantanamo Bay, Cuba to Jacksonville, Florida.

Upon landing at approximately (9:42) pm EDT, the aircraft slid off the end of the runway into the St. Johns River. All passengers and crew members were evacuated from the aircraft after it came to a stop resting in water. There were 136 passengers and 7 crew members aboard the flight. According to the Jacksonville Fire and Rescue, 21 individuals were transported to local hospitals due to minor injuries. Miami Air International is providing support to the passengers, crew and their families that were affected by this accident.

The aircraft, a Boeing 737-800, was manufactured in 2001 and had last been through a scheduled maintenance check which was completed on May 1, 2019.

Miami Air International has notified the Federal Aviation Administration (FAA) and National Transportation Safety Board (NTSB) and is cooperating with the authorities on the investigation. We would like to thank all the responding agencies for their support especially, the men and women of the Jacksonville Fire and Rescue.

At least four pets were checked in the luggage department of the ill-fated Miami Air International Boeing 737-800 charter flight that ended up partially-submerged in the St. Johns River after running off the runway at NAS Jacksonville Friday night. 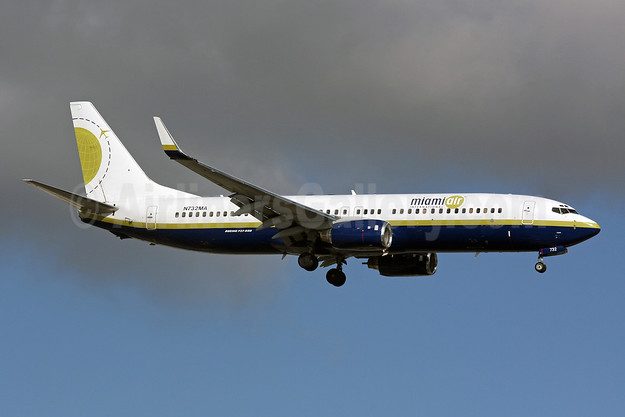 Miami Air International military charter flight GL 293 from Guantanamo Bay Naval Air Station, Cuba to Jacksonville Naval Air Station, Florida (south of downtown) with 136 passengers and seven crew members, overran the runway 10 and ended up in the St. Johns River at 9:40 p.m. on May 3. All passengers and crew members were safely rescued from the wing.

At least 21 were transported to local hospitals with minor injuries.

There were reported thunderstorms in the area at the time of the landing. An estimated 3/4 of an inch of rain had occurred before the flight landing according to News 4 JAX.

A NTSB team is flying from Washington to Jacksonville today to investigate the accident. 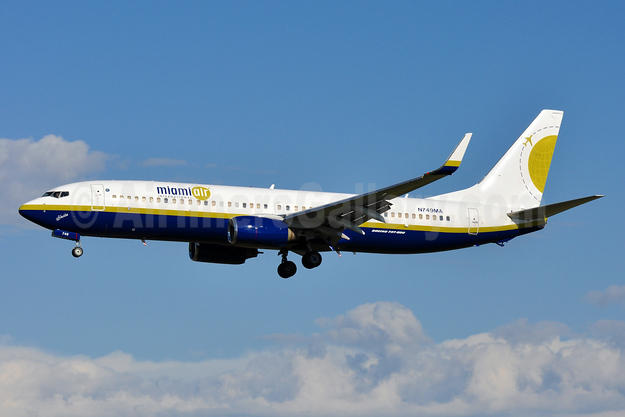 “Miami Air Flight Attendants stood together throughout negotiations and a year ago, authorized a strike if necessary. Today, we ratified a new contract that will provide much needed wage increases for Flight Attendants and their families,” said Natasha Glasper, AFA Miami Air President.

Negotiations began in January 2015. The the National Mediation Board has overseen negotiations through mediation since December 2015. Flight Attendants overwhelmingly authorized a strike in October 2017.