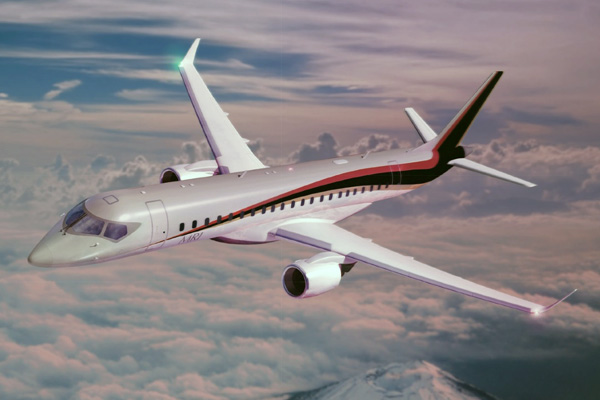 SEC will work with AeroTEC, which has extensive experience and expertise, to accelerate the MRJ’s conformity activities and provide prompt support for flight tests in the U.S. that are scheduled to start in the second quarter of 2016 based at the Grant County International Airport at Moses Lake in Washington. SEC will be operated with approximately 150 members, including about 100 engineers recruited mainly in Seattle and about 50 engineers from Japan.

JAL-Japan Airlines (Tokyo) has finalized its order with Mitsubishi for 32 Mitsubishi MRJ70 and MRJ90 regional jets (MRJs). This finalizes the Letter of Intent (LOI) announced on August 28, 2014. The aircraft will be operated by subsidiary J-Air (Nagoya).

JAL highly evaluates the performance of the next-generation MRJ aircraft and Mitsubishi Aircraft’s proposals for operational support following deliveries. Thus far, 407 MRJ (223 firm, 160 option, 24 purchase rights) are on order, including 32 from JAL. Deliveries to JAL are scheduled to commence in 2021. 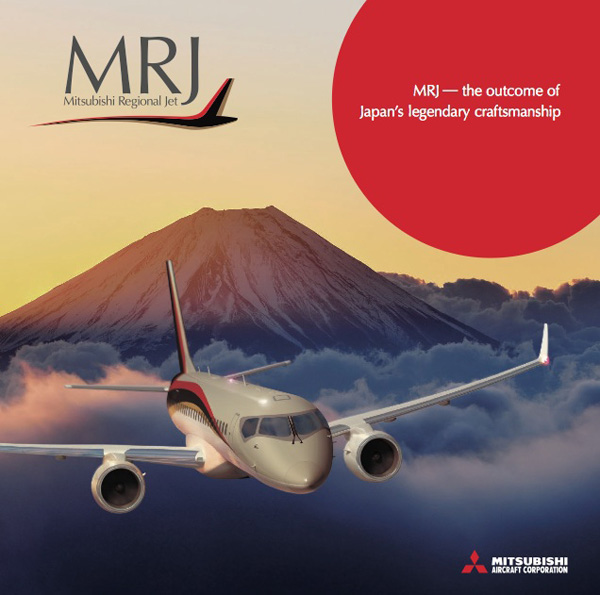 In welcoming his guests Mr. Omiya spoke of his pride on the momentous occasion. “A product ‘Made in Japan’ – a product offering the highest levels of both operating economy and cabin comfort – is at long last about to leave the realm of dreams and become a reality,” he said. “It’s with utmost confidence and pride that we will soon be sending the MRJ out into the world.”

Going forward MHI and Mitsubishi Aircraft will continue to dedicate their full efforts to ensuring the success of the MRJ project while at the same time playing a core role in the development of the aviation industry. The two companies presently look for the MRJ’s first flight to take place in 2015 and for first delivery in 2017. 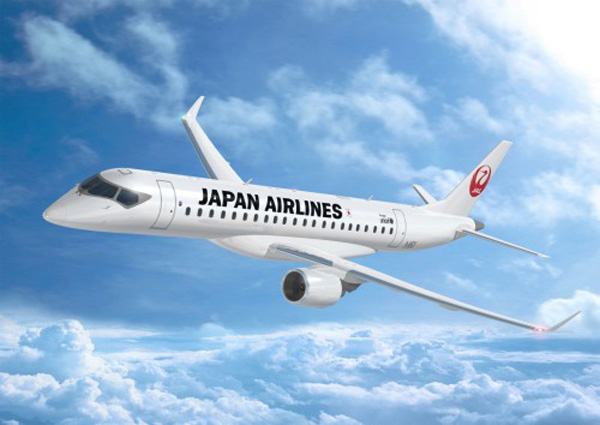 Mitsubishi Aircraft has made steady progress on the development of the MRJ, Japan’s first passenger jet, which is scheduled first delivery in 2017. As a network carrier that also operates regional jets, the JAL aims to contribute to the birth of this passenger jet that Japan boasts to the world, by not just operating the MRJ, but also providing comprehensive support.

Equipped with newly-developed Geared Turbofan engine, the MRJ will achieve significantly lower operating costs than current regional jets. JAL will operate the MRJ as the core aircraft on its regional routes, and remains committed to improving products and service quality from the passengers’ point of view and developing more convenient networks. The MRJ will support JAL explore a new era of air travel.

Mitsubishi Aircraft Corporation announced today that it has signed a Memorandum of Understanding (MOU) for an order for twenty firm MRJ90 with purchase rights to an additional twenty MRJ90s with the Eastern Air Lines Group, Inc. (Eastern Airlines 2nd) (Miami). Based on this MOU, both companies will move forward to conclude a definitive agreement in the near future. Deliveries are scheduled to commence in 2019.

Eastern previously stated they had ordered the Boeing 737-800 in order to start operations. The proposed airline is still in the FAA certification process.

Edward J. Wegel, Eastern Air Lines Group President and CEO said, “We are extremely impressed with the operating cost benefits of the MRJ with the geared turbofan engine, which reduces seat mile costs almost to the level of current 130 – seater aircraft. This provides an excellent scheduling and route network advantage to Eastern as we look to add a second fleet type within five years.”