Spirit Airlines, the fastest growing airline in Las Vegas, continues its investment in the Entertainment Capital of the World with the addition of two new cities to the Spirit network: Burbank and Sacramento.

Routes from LAS (nonstop in black):

In partnership with McCarran International Airport, Spirit Airlines also debuted the airport’s first automated self-service bag drop system.  Located in the ticketing concourse of Terminal 1, it allows Guests to expedite their check-in experience by paying for and tagging their own bags on the airport’s kiosks. Travelers then proceed directly to newly installed automated bag belts to present their identification and drop their bags.  Automated self-service bag drop systems, widely adopted in Europe, highlight the airport and airline’s shared vision of allowing more Guests to customize and control their travel experience.

In addition to Sacramento and Burbank, Spirit will soon be adding Nashville to its network, which will include nonstop service to and from Las Vegas.  As of July 2019, Spirit will have grown nearly 50 percent in Las Vegas compared to its capacity only two years earlier.  The airline now employs more than 1,000 people in Las Vegas, and Spirit’s rapid expansion has created nearly 300 additional jobs in the last two years.

Charlotte marks Spirit’s fourth destination in the Tar Heel State, joining the Piedmont Triad, Asheville, and Raleigh-Durham. These North Carolina additions to Spirit’s network have resulted in hundreds of new jobs in the state, while adding additional options to stimulate North Carolina tourism. By summer 2019, Spirit will have more than fifteen daily departures across the state. 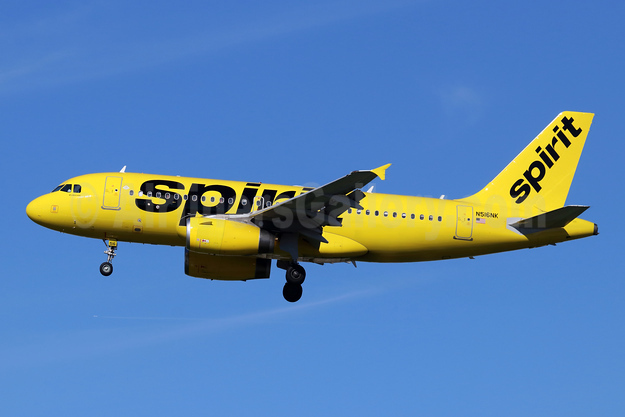 Spirit Airlines has announced it will soon serve its fourth destination in the Tar Heel State, Charlotte!

The carrier currently serves Asheville and Greensboro and will begin serving Raleigh-Durham on May 2.

In addition to Charlotte, Spirit recently announced it would begin serving Raleigh-Durham, Indianapolis, and Austin as well as expanding service in Jamaica and Puerto Rico.