American Airlines has the cure for the end-of-summer blues: new routes for next summer.

American has unveiled its summer 2020 international schedule, which includes the following new service:

When American begins service to Morocco next year, it will be the airline’s first entrance into the African continent. American will be the only U.S. carrier with nonstop service to Casablanca, which will be operated three times per week on a Boeing 757 (above).

“Our customers and team members have been asking when we’re going to start service to Africa, and I couldn’t be more pleased to make this announcement for service beginning in 2020,” said Vasu Raja, American’s Vice President of Network and Schedule Planning. “We look forward to working with Royal Air Maroc when they join oneworld® in January, which will allow for even more connections further into Africa to places like Marrakech, Lagos and Accra. This is only the beginning.”

As demand continues to grow between the U.S. and TLV, American is adding three weekly flights from DFW, its largest hub. These flights will serve customers throughout the U.S. and allow many customers to make only one stop, rather than the previous two stops that were available, to TLV. And as the tech industry continues to grow in the market, American will provide the most efficient routing to U.S. tech cities like Austin, Texas, and San Jose, California, in addition to one-stop service to 33 new cities in the U.S.

American’s Midwest hub, ORD, has seen significant growth and now offers more domestic and international seats today than it has in more than a decade. Next summer, the growth continues with three new destinations in Eastern Europe, including American’s first flight to KRK and new service to PRG and BUD, which American began flying to seasonally from PHL in 2018. American will offer the most premium seats to Eastern Europe of all U.S. carriers next summer, as all of the new flights will be operated by a Boeing 787-8, featuring 20 Flagship Business seats and 28 Premium Economy seats.

American will be the only U.S. carrier providing service to KRK, BUD and PRG from ORD.

All routes subject to government approval. 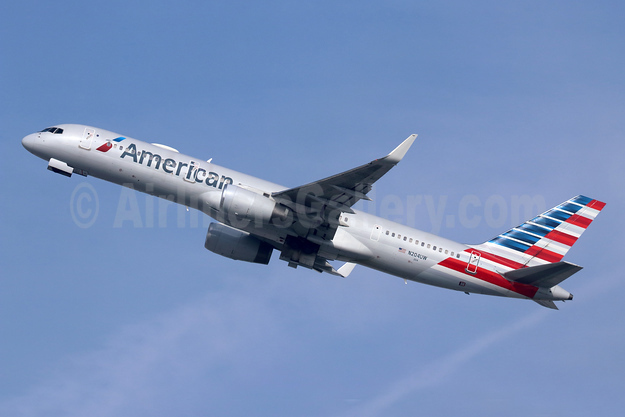 American Airlines is adding another new destination to its seasonal European footprint when service begins to Keflavik (near Reykjavik), Iceland (KEF) next summer. Service to Iceland’s capital and largest city begins June 7, 2018 from American’s Dallas-Fort Worth (DFW) hub.

The route will be flown on a 176-seat Boeing 757-200, featuring lie-flat Business Class seats and a full suite of products including American’s innovative Casper bedding and Cole Haan amenity kits in the premium cabin.