Dynamic International Airways (Greensboro, NC) exited Chapter 11 bankruptcy protection on March 8 after its reorganization plan was approved by the bankruptcy court. The carrier is requesting to do business as (dba) Eastern Air Lines (3rd). The Eastern name was retired by Swift Air with the folding of the second version of Eastern. The Eastern 737s were absorbed by Swift Air.

Eastern 2 operated its last revenue flight on September 14, 2017 with flight EA 3148 between Havana and Miami operated with N276EA (below). The Eastern 2 AOC was retired. 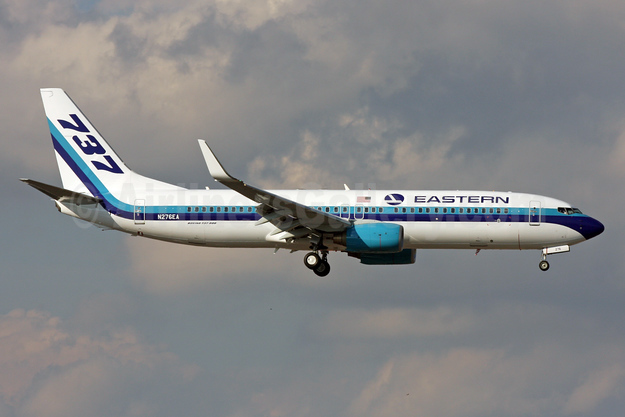 The third version of Eastern is proposing to operate its Boeing 767s under the Eastern brand. The company wants to grow the 767 fleet to around 10 aircraft.

The first Eastern-branded 767 is expected soon once all approvals have been obtained.

Sister airline Swift Air will continue to operate a fleet of Boeing 737s. The common link between the two companies is owner Kenneth Woolley who owns a portion of Swift Air.