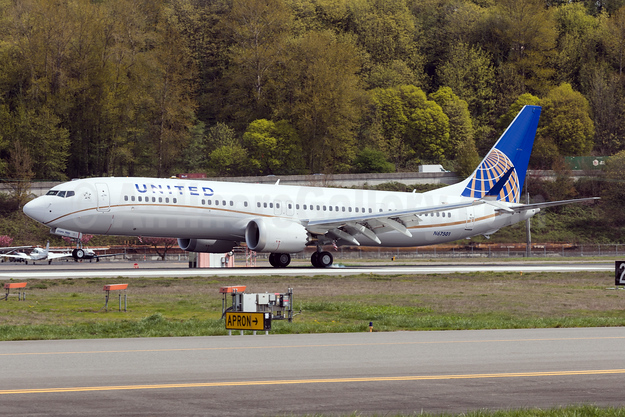 “Our stand-out third-quarter performance, which produced double-digit revenue growth as we more than offset the steep increase in fuel costs, is proof that United is building momentum,” said Oscar Munoz, chief executive officer of United Airlines. “Our growth plan has been essential to our success, and we’re more confident than ever we’ll achieve the ambitious adjusted earnings per share1 target of $11 to $13 we laid out for 2020.”

In other news, United will drop the seasonal Newark – Hamburg route in 2019, previously scheduled to start on April 29, 2019. 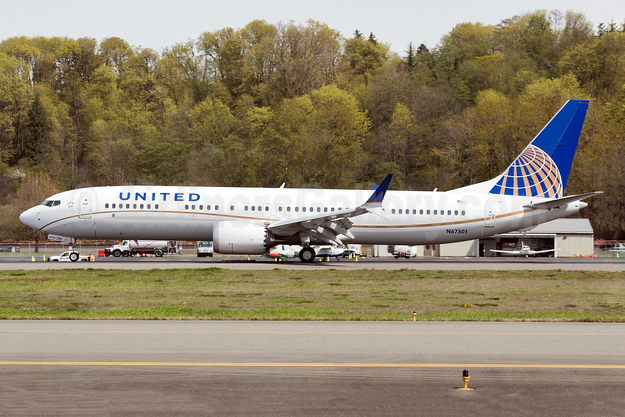 The 737 MAX uses Boeing’s Advanced Technology winglets and fuel efficient engines to provide a quieter ride and the ability to fly farther on less fuel. With a longer range than previous 737 models, United is able to operate the 737 MAX between Houstonand Anchorage, Alaska, which previously needed to be served with larger aircraft. United expects to have 10 737 MAX aircraft in its fleet by the end of this year.

United Airlines announced today that it has taken delivery of its first 737 MAX 9 aircraft from the Boeing Delivery Center in Seattle, WA. The new aircraft, which arrived right after Earth Day, reduces fuel use and CO2 emissions significantly compared with older generation aircraft. In honor of this more eco-friendly aircraft, United has given the MAX a new livery, similar to its fuel-efficient Boeing Dreamliner aircraft, so that employees and customers can easily recognize the plane and its superior fuel efficiency.

United expects to take delivery of two more 737 MAX 9 aircraft this month, and will have 10 737 MAX 9 aircraft by the end of 2018. As previously announced, the aircraft will enter United’s schedule June 7 with service between the airline’s hub at Houston’s George Bush Intercontinental Airport and five cities – Anchorage, Alaska; Austin, Texas; Fort Lauderdale, FL; Orlando, FL. and San Diego. The aircraft will operate on additional routes from Houston and Los Angeles International Airport starting June 29.

As previously reported, United Airlines announced it has added its newest aircraft type, the Boeing 737 MAX 9, to its domestic flight schedules. The MAX 9 features Boeing’s Advanced Technology winglets and fuel efficient engines providing a quieter ride and the ability to fly farther on less fuel.

“The addition of the MAX 9 furthers our efforts to become a more efficient and productive airline. It has better fuel efficiency, lower maintenance costs and does all of this while maximizing customer comfort,” said United’s Chief Financial Officer Andrew Levy. This year, United will receive 10 new MAX 9 aircraft from Boeing and will continue to add service from its hubs to cities throughout the United States.

The Boeing 737 MAX 9 features 179 seats including 20 United First seats in a 2-2 configuration, 48 in Economy Plus in a 3-3 configuration with 34 inches of pitch, and 111 United Economy seats in a 3-3 configuration with at least 30 inches of pitch. Customers also have access to in-seat power outlets and the opportunity to purchase satellite Wi-Fi. United Private Screening personal device entertainment will be available throughout the aircraft and enables customers to play thousands of hours of movies and television programs on their electronic devices. 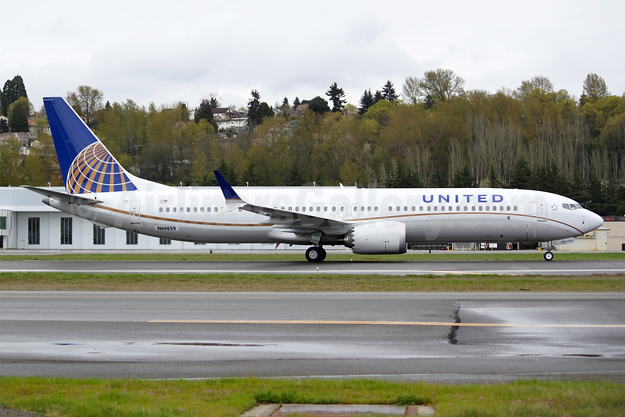 “The exceptional operational performance United’s employees delivered over the past quarter is impressive.  Even more so when we consider United achieved the best departure performance among our largest competitors despite four nor’easters and other weather disruptions.” said Oscar Munoz, chief executive officer of United Airlines. “With our first-quarter financial results and our increased confidence in the outlook for the remainder of the year, we are tightening our adjusted EPS guidance range for the full year to $7.00 to $8.50. We continue to execute our strategy to strengthen and grow our domestic network, drive asset efficiency and productivity, while also continuing our focus on our customers.”