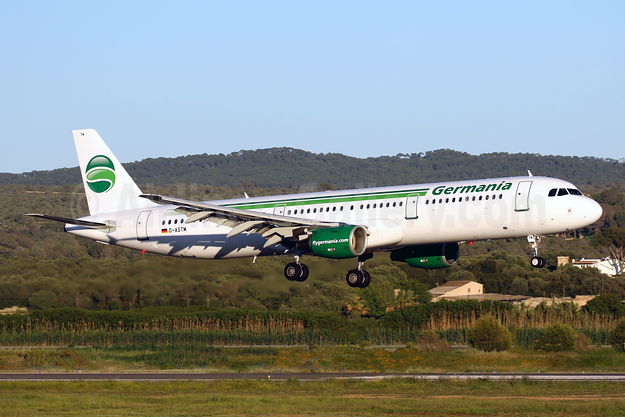 Larnaca in Cyprus and Djerba in Tunisia are being added to the network of popular holiday destinations next summer and further destinations – such as Croatia – are being planned.

Next summer will see flights to Larnaca introduced from Bremen, Dresden and Münster/Osnabrück airports, and Berlin-Tegel and Munich will be connected with Djerba.

In addition, the schedule of flights to Ibiza, Corsica, Lanzarote and Antalya will be expanded further. For example, an Airbus A321 will service the route between Bremen and Antalya, offering further seating capacity on the then-daily flights. Connections to popular and established destinations such as Turkey and Egypt and the Canary -, Balearic – and Greek Islands will continue to operate.

In order to support the expanded flight schedule, an additional aircraft will be stationed at Germania’s bases in Berlin-Tegel, Bremen and Münster/Osnabrück.

After a successful sales start for flights in summer 2018 to Turkish destinations, Germania has set up additional services to the Turkish Riviera. Additionally, more flights for next winter have been added to the Antalya schedule. From eight German airports (Bremen, Dresden, Erfurt-Weimar, Münster/Osnabrück, Nuremberg, Rostock-Laage, Berlin-Schönefeld, and Friedrichshafen), the airline with the distinctive green-and-white livery will continue to fly to the popular destination during winter season. Most of the connections will be operated year-round.

Germania heads for 15 Turkish airports in total. Compared to last year, the airline’s holiday flights will increase by 57 percent in volume. This includes new connections that have already been announced: from Nuremberg and Berlin-Schönefeld to Antalya, from Münster/Osnabrück to Istanbul and from Dusseldorf to Kütahya/Zafer.

From Germany and Switzerland, Germania will offer up to 60 weekly flights to Turkey. The flight program does not only include holiday destinations, but also connections associated with the VFR (Visiting Friends and Relatives) travel sector.

Already in December 2017, Germania announced several new routes from Berlin. Multiple weekly connections are offered to Antalya and Bodrum as well as to Dalaman, Samsun, Kayseri, and Gaziantep.

The development benefits from the fact that Germania did not withdraw from the Turkish market in the last two years. During a meeting between Germania’s management and Turkey’s tourism minister Numan Kurtulmuş at ITB trade fair in Berlin last week, the independent airline received additional positive feedback on building strong touristic relations.

Germania is growing its presence in the German capital due to the collapse of Airberlin. The airline issued this statement:

On Friday morning a Germania flight took off from Berlin-Schönefeld headed for Sharm El Sheikh in Egypt with 201 passengers on board. With a second aircraft now based at Schönefeld, Germania is flying this route, among others, once a week during the winter season, thereby reviving a service between the German capital and the Red Sea beach resort that has not been available for four and a half years.

Additional new features in Germania’s winter flight schedule from SXF include Hurghada, Fuerteventura and Gran Canaria. The service to Hurghada is being increased from once a week to three times per week. Travellers can now also escape the cold winter temperatures by flying to the Canary Islands Fuerteventura and Gran Canaria. As in the last winter season, there will also be flights to Tenerife and Paphos in Cyprus. Among the scheduled routes to the Middle East, Germania will continue operating several weekly flights to Teheran and Beirut this winter, thereby establishing itself as a firm partner for intercultural flights.

The airline with the green and white livery is committed to a policy for growth at this base, which also covers Berlin-Tegel airport. From 1 November 2017 Germania will be basing an aircraft there, offering flights to the Canary islands of Fuerteventura, Gran Canaria, Lanzarote and Tenerife, in conjunction with tour operators. The plan is to further increase the fleet in May 2018, when Germania will be operating two additional aircraft from Berlin-Tegel.

“Germania will achieve 400% growth in Berlin,” commented Clauspeter Schwarz, Germania’s Chief Operating Officer, on Friday, when the first of the new flights took off. “This is our response to market changes and a greater presence in the capital.”