QANTAS Airways, due to the coronavirus and sudden downturn in travel, has decided to park its five remaining Boeing 747-400 ERs. Previously it was planning to retire the type in February 2021. The airline hopes to operate some Boeing 747 revenue flights later this year when traffic returns.

On Thursday, March 26, 2020, a QANTAS Boeing 747-400 ER performed a flypast over Sydney Harbour before landing at SYD as a final salute to its hometown.

When Cyclone Tracy devastated the city of Darwin on Christmas 1974, QANTAS established a world record for the most people ever carried on a single aircraft when it evacuated 673 people on a single Boeing 747 flight. 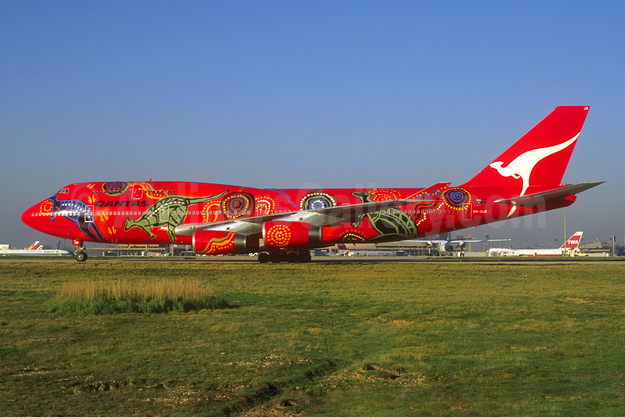 QANTAS Airways’ latest Boeing 787-9 Dreamliner, registered as VH-ZND, is under construction at Boeing. It will be the fourth Boeing 787-9 for the carrier. VH-ZND will celebrate Australia’s indigenous peoples with a new special livery. It is due to be unveiled in February and will be arrive in Australia in March

The airline issued this statement and photos:

QANTAS will honor Aboriginal and Torres Strait Islander Australians with a special livery on its newest Dreamliner to enter the fleet.

This will be the fifth design in QANTAS’ flying art series, which started more than 20 years ago, and will be unveiled when the Boeing 787-9 is completed next month. It will be the second flying art aircraft currently in service with the national carrier and the only one dedicated to international flights.

The unique livery reflects the long, rich history of Aboriginal and Torres Strait Islanders and is in keeping with the airline’s commitment to championing reconciliation and promoting the best of Australia to the world.

The latest design has been conceptualized by leading Indigenous owned design studio Balarinji, which has developed all of the flying art aircraft.

The new Dreamliner carrying the special livery (registration VH-ZND) is the fourth to enter the fleet, and will be welcomed into Australia with a special arrival event in Alice Springs in early March 2018 before entering service on routes like Melbourne-Los Angeles and Perth-London.