Avelo Airlines made this announcement:

Building on six months of excitement and momentum since its West Coast debut, Avelo Airlines takes flight today for the first time from its East Coast Base at Connecticut’s most convenient airport — Tweed-New Haven Airport (HVN).

@AveloAir inaugural flight from Tweed to take off from New Haven Wednesday. News 8's @tinadetelj got a behind-the-scenes look ahead of tomorrow's flight. Catch the full story coming up on News 8 at 6 and online >> https://t.co/KUVc69AzkY pic.twitter.com/1szVHNBpYR

A ceremony is being hosted this morning at HVN to commemorate the opening of Avelo’s East Coast base and first flight. The ceremony will include a ribbon cutting; the christening of the departing aircraft with the placement of “The Spirit of The Havens” seal on the aircraft nose; and a water arch tribute as the aircraft taxis out for departure.

Several dignitaries are attending the ceremony, including:

The ceremony will also be attended by the Bridgeport Islanders mascot – the region’s professional hockey team. The mascot will be handing out tickets to the first flight Customers.

The New Haven Way to Florida

Orlando is the first of six destinations Avelo will serve from HVN. The flight will operate Thursday through Monday, departing HVN at 7:30 a.m. and arriving MCO at 10:25 a.m. The return flight will depart MCO at 11:05 a.m. and arrive HVN at 1:45 p.m. Today’s flight departing at 11:00 a.m. was specially scheduled to accommodate the service inauguration ceremony. In addition to MCO, Avelo will begin flying to Fort Lauderdale, Fort Myers, Palm Beach, Sarasota and Tampa in the days and weeks ahead.

Avelo is the first airline to offer nonstop flights between HVN and Florida. Avelo’s arrival to HVN also marks the largest expansion of service at HVN in more than 30 years.

Avelo is investing $1.2 million to help upgrade and modernize facilities and operations as part of an overall $100 million project at HVN. The airport expansion will include a new terminal and extended runway spearheaded by airport operator Avports.

The three single-class, fuel-efficient 147-seat 737-700 mainline jets Avelo will initially operate from HVN offer a more spacious and comfortable experience than the regional jets that historically served this airport. Customers may choose from several seating options, including seats with extra leg room, as well as pre-reserved window and aisle seating.

Avelo will be the first airline to offer nonstop flights between HVN and Florida. Avelo’s arrival to HVN also marks the largest expansion of service at HVN in more than 30 years.

Avelo will now have a West Coast and East Coast operation: 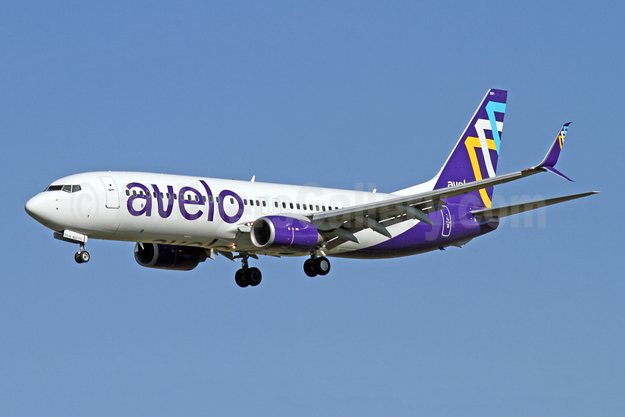 Avelo will start operations at HVN in the third quarter of 2021, bringing choice, low fares, and convenience to Southern Connecticut with a mix of popular to-be-announced nonstop flights to popular destinations.

HVN will be Avelo’s second base, following its launch of service at Hollywood Burbank Airport (BUR) last month. Avelo will operate single-class, fuel-efficient Boeing 737-700 Next Gen aircraft at HVN to provide a more comfortable, mainline jet experience versus the smaller regional jets that currently service the airport.

“We are very excited to partner with HVN as we begin to build our East Coast operations. Our surprisingly low fares and refreshingly smooth travel experience are sure to be embraced by residents of Southern Connecticut,” said Chairman and CEO Andrew Levy. “Tweed New Haven has enormous potential, and our first East Coast base is great news for Avelo, New Haven, East Haven and other local communities.”

Avelo is investing $1.2 million into HVN to help upgrade and modernize facilities and operations. The airline will employ more than 100 Crewmembers at HVN by the end of the year, including pilots, flight attendants, customer support personnel, and technicians, most locally hired. Avelo’s investment is part of a $100 million project for a new terminal and extended runway at HVN spearheaded by airport operator Avports that will result in the overall creation of up to 11,000 jobs in the area.

More details about the Avelo base operations, and destinations served by Avelo and HVN, will be available in the coming months.