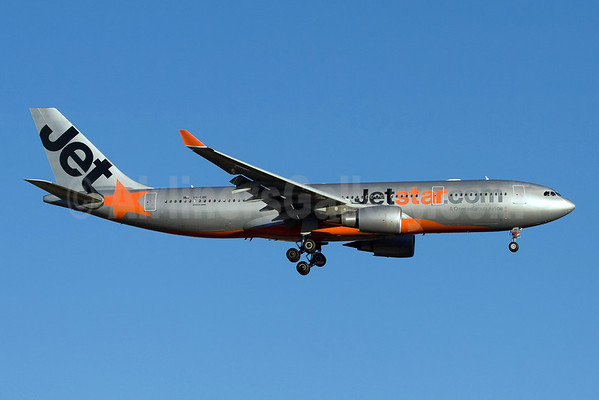 Jetstar Airways (Melbourne) is planning to phase out and retire the last Airbus A330-200 in September. According to Airline Rouge, currently (subject to change) the last scheduled route with the A330 will be on September 24 between Honolulu and Brisbane (arriving on September 25) as flight JQ 006. There are no scheduled A330 flights after this date.

The Airbus A330-200s have been replaced with newer Boeing 787 Dreamliners.

Jetstar Airways (Melbourne) is replacing its Airbus A330-200s on international routes with new Boeing 787-8 Dreamliners. According to Airline Route, the last international A330-200 flight will be on September 15 between Melbourne and Singapore. By this date, the 787s will operate all Jetstar international routes.

Jetstar Airways (Australia) (Melbourne) has opted for the higher gross weight model for its new Airbus A330-200s on order. This could permit the lower-cost carrier to fly to Europe before the new Boeing 787 Dreamliners arrive in 2013.