I was fortunate enough to attend the media event introducing United‘s first 787-8 on August 2, 2012.  With all the hoopla surrounding the 787, I was curious to see if it lived up to all the hype.

This is the first 787 I’ve been up close to, and it is a much larger beast that I first thought. Originally, I had thought it relatively unimpressive, visually. I mean, if the A330 looks like a greyhound and the 777 looks like a mastiff, the 787 looks like a…what? Maybe a 767 crossed with an Embraer 190? Up close, however, it is obviously much larger than a 767, and more graceful. It looks fast just sitting on the ground.

Creature comforts are appropriate with the class of service! United’s Business First and Economy Plus customers can look forward to extremely comfortable cabins. Seating in both cabins is 2-2-2. The Business First seats convert to lie-flat beds that are 6’4”, long enough to accommodate the vast majority of passengers. 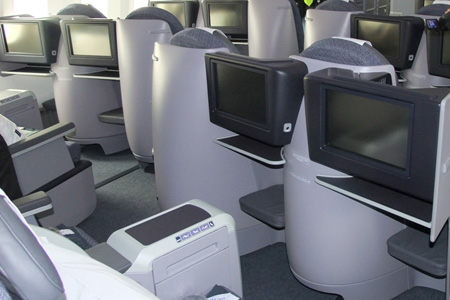 The Economy Plus seats do not convert into flat beds, but they look more like Business Class seats than Ecomony. 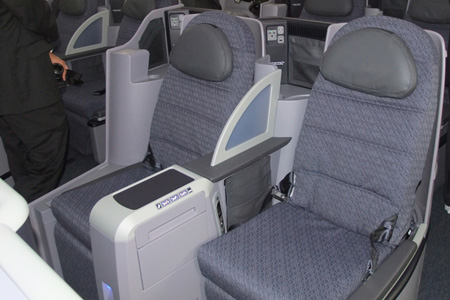 Economy is…well, Economy! United’s Economy cabin is laid out in 3-3-3 seating with a “777-style” ceiling. The good news is that the overhead bins are HUGE, which will be welcome news to both passengers and gate agents such as myself! LOL. 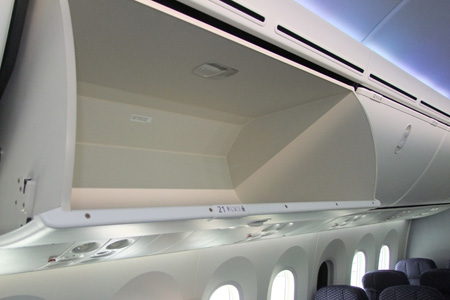 Boeing took great pains to design the front office with a similar layout to the 777. While the 777 and 787 are two different type certificates, 777 pilots can transition to the 787 with an abridged training program, thanks to the similarity of the flight deck. I found the Heads Up Display interesting, and the pilots were enthusiastic about that. Finally, today’s world being what it is, the aircraft comes with several cameras mounted in the cabin, which allow the pilots to keep an eye on activity, especially who is approaching the flight deck door. 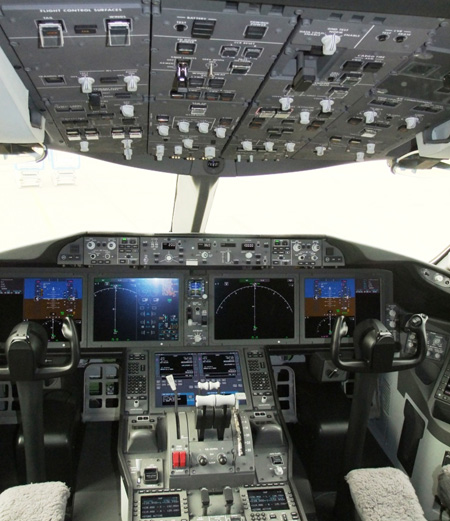 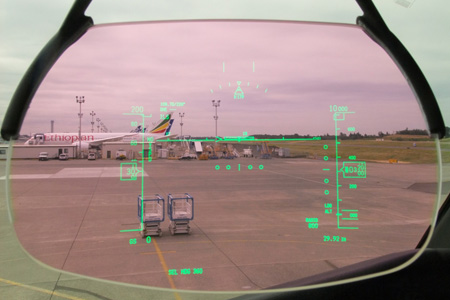 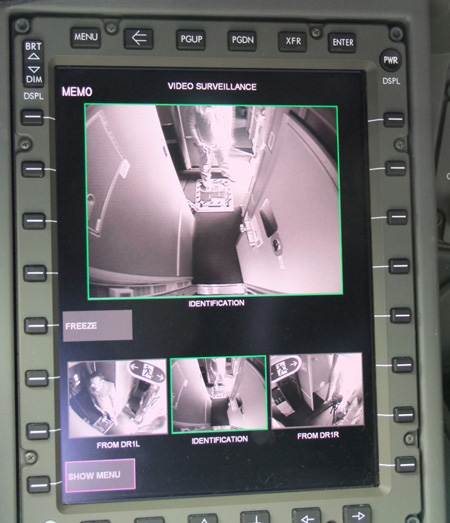 I was told by the United captain onboard that with the 787, Boeing has officially done away with the two-character customer code that has been a Boeing tradition since forever. Therefore, this is not a 787-824 (as the airplane was ordered by Continental), nor a 787-822 (United’s customer code). The data plate shows it as simply a 787-8. Has anyone seen the data plate on the ANA or JAL 787s? I’m curious if they also show 787-8?

The 787 windows have received a lot of press, both for their size and electrochromism-based dimming feature. The windows are, indeed,significantly larger than the windows of any jet airliner flying today, by far. But for someone who remembers flying in Viscounts and even DC-8s, I felt a little bit of a letdown. I guess I was hoping for something that would put my 39″ flat screen to shame! As for replacing good old fashioned window shades with the dim-able windows, I see some advantages, specifically that the flight attendants can adjust the inside lighting of the entire cabin with the touch of a switch. But is it better? I know that ANA has already come to Boeing saying that it does not darken the cabin enough, and I have to agree with them.

The 787 also has two crew rest compartments, located above the main cabin. One compartment is directly opposite the flight deck door for the pilots

and one aft for the flight attendants

What really makes the 787 a game-changer, so I am told, is not what we see, but what passengers will feel, and what the bean-counters see. Boeing claims that the sustained cabin altitude of 6,000 feet and 15 percent  humidity (as opposed to 4 percent now standard), will allow passengers to arrive at their destination feeling considerably more refreshed than we currently do. The operating economics of the 787 are also invisible to our eyes, but the bean-counters love it.

So, overall, the 787 looks like it’s going to be a sweet ride. I can’t wait for my first flight on one. I would like to thank the folks at United Airlines and Boeing for their gracious assistance.

“United Airlines on August 2 unveiled its new Boeing 787 Dreamliner, which will revolutionize the flying experience for United customers and crews while delivering unprecedented operating efficiency, comfort and lower emissions. The airline showcased its first 787, fresh out of the paint hangar at Boeing’s Everett, Wash., facility. United is the North American launch customer for the Dreamliner, and expects to take delivery of its first 787 in September.  The airline has firm orders for 50 787s, for delivery by 2019.

Primarily built with composite materials, the 787 has 30 percent more range and uses approximately 20 percent less fuel than similarly-sized aircraft, while reducing emissions and noise during takeoffs and landings. With these advantages, the 787 will open up new non-stop destinations that customers would not be able to otherwise reach on United, such as the recently-announced Denver-to-Tokyo service that starts next spring.

The aircraft cabin is configured with 36 seats in United BusinessFirst, 72 seats in United Economy Plus and 111 seats in United Economy. Customers will be more comfortable with improved lighting, bigger windows, larger overhead bins, lower cabin altitude and enhanced ventilation systems, among other features. The 787’s inflight entertainment system features an all-new design that offers more intuitive browsing and more filtering options, giving customers the option of searching for programs by language.

United’s unveiling provided the first look at the aircraft’s interior and customized livery that is exclusive to the fleet, featuring a gold line that wraps the fuselage and swoops from nose to tail. The livery is inspired by the trademark swoop painted on each of Boeing’s aircraft and is being adopted for the United 787 in a tribute to the two companies’ long history of working together.”

5 thoughts on “First Looks: An Inside Look at United Airlines’ new Boeing 787-8 Dreamliner”