The SAS Group’s (Scandinavian Airlines-SAS) (Stockholm) sale of Wideröe Flyveselskap AS (Bodo and Oslo) has been approved by the Norwegian competition authority. The closing of the sale is expected to take place in September 2013.

The cost reductions and the divestments performed in accordance with the 4XNG plan will lead to an improvement in SAS financial position and liquidity.

According to the group, “In November 2012, SAS renegotiated its revolving credit facilityof MEUR 366 to an amortizing credit facility of MSEK 3,500, divided into two tranches with separate conditions for drawdown and with a maturity in March 31, 2015. Lenders are SAS four majority owners, including the Scandinavian states and a syndicate of seven merchant banks, all participating on the same terms.

Copyright Photo: Ton Jochems/AirlinersGallery.com (please click on the photo for the full size view). All others by Wideroe. Bombardier DHC-8-103 LN-WIA (msn 359) and crew await the next group of passengers at Trondheim, Norway.

Video: A typical approach and landing at Hammerfest, in northern Norway: 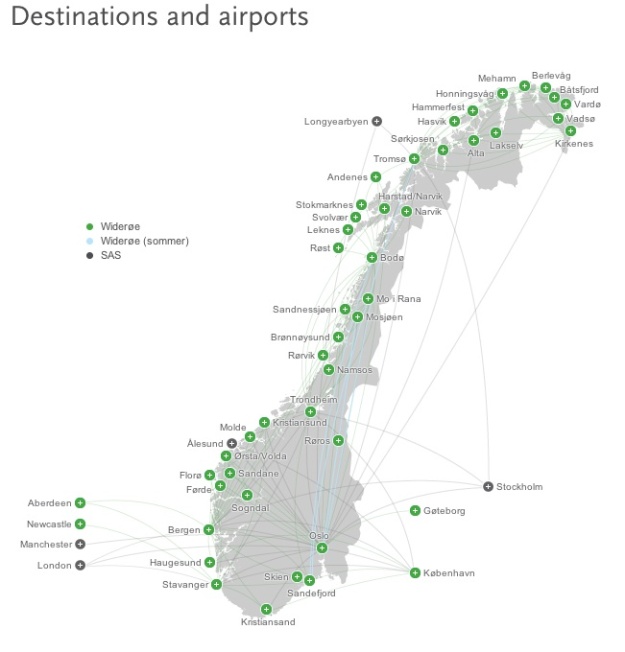 1 thought on “The SAS Group receives approval to sell Wideröe”