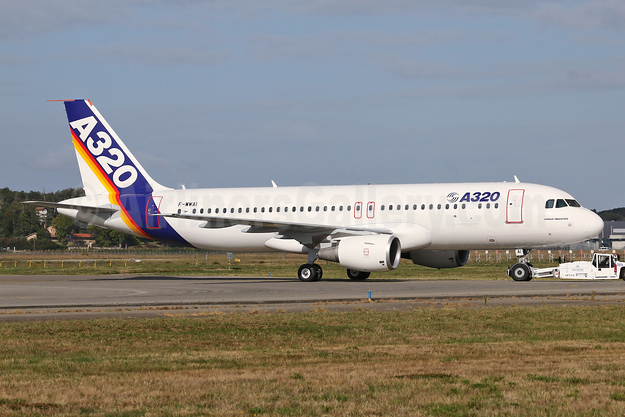 Airbus in August 2017 repainted the first A320 (msn 001) in it’s original 1987 livery. The historic airliner has also been reregistered with its original registration, F-WWAI.

The aircraft will be donated to and displayed by the Aeroscopia Aeronautical Museum in Toulouse.

ORIGINS AND HISTORY OF AEROSCOPIA

In the Midi-Pyrénées region, nearly 80,000 people make a living from the aviation industry, the driving force behind the region’s economy:

Between the first powered aircraft designed in secret in the town of Muret by Clément Ader, and the first flight in the skies of Blagnac of the A380, flagship of the European aviation industry, more than a century has passed.

To fly across the seas and the continents, first came the aircraft made by Latécoère and Dewoitine, then the Languedoc and the Armagnac.

At the end of the fifties Caravelle, the first French jetliner, proved to be a resounding success. Then in 1969 it was Concorde’s turn to take to the skies for the first time in Blagnac.

These aircraft were followed by the entire Airbus family, affirming Toulouse’s mission to fly higher, faster and farther.

This is also the story of the great pioneers of aviation.

Here, in the birthplace of global civil and military aviation, the Airbus Group laid the foundations of its head office in January 2014 and the commercial successes of Airbus and ATR boost the economy of the Midi-Pyrénées region.

For more than 30 years, the players and witnesses of this industrial, technical and human saga, as well as those who love aircraft and love to fly, have strived for this history to be forever remembered and shared. For the preservation of this historical heritage.