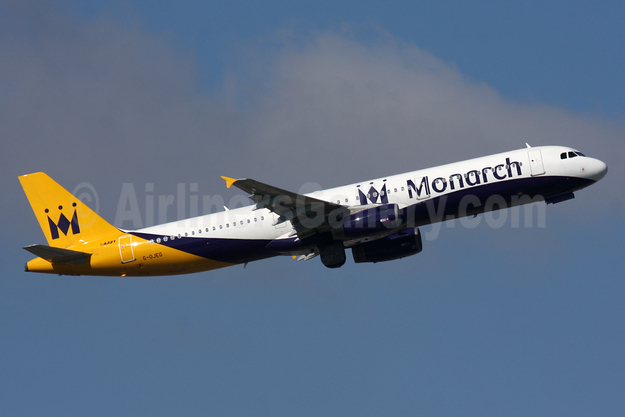 After the biggest UK airline collapse in years just a month ago, the administrator of the bankrupt Monarch Airlines has struck a deal with IAG over slots at Gatwick Airport, valued by experts at over €68 million. The sale has sparked an outrage among the passengers left stranded or without holidays by the airline collapse, majority of who are yet to receive any flight compensation, which according to SKYCOP should total to a whopping €291 million.

After a favorable decision by the court, the administrator of the bust Monarch Airlines, KPMG, has signed a sales deal with International Airlines Group (IAG), owner of the UKs flag carrier British Airways over airport slots at Gatwick International Airport. According to experts, this deal fulfils the long-standing British Airways’ goal of expanding its presence at one of the major European aviation hubs, however, KPMG has not yet reported of where the estimated €68 million will go as far as handling the debts of Monarch Airlines.

According to Giedrius Kolesnikovas, a partner of a law firm Motieka & Audzevicius, the best practice of bankruptcy administration shows that first and foremost, the administrator should settle the debts with airline employees and the deceived passengers, only then switching to the creditors, suppliers, etc.

“The recently signed contract goes to show that the administrator can and is doing everything in its power to gather some capital. The question is whether it will be used wisely – the recent report on the case showed over €533 million debt to unsecured creditors. However, employees and stranded passengers are yet to be compensated for their moral and physical struggle and have been waiting patiently, even though the size of debt totals to millions of euros. Thus if the money won’t go their way, it might spark a large lawsuit, giving even more of a headache to the administrator,” explains G. Kolesnikovas.

Since Monarch Airlines has gone bankrupt, the flight disruption and the compensation process is handled not in accordance to the renowned EU 261 law. If it was, it would mean each and every of the approx. 860 thousand passengers would be entitled to travel compensation reaching up to €600. Nevertheless, flight compensation company SKYCOP has already contacted the administrator as well as UK’s CAA in order to ensure that the IAG deal money goes straight to compensating the passengers.

“According to the administrator, almost 2000 of Monarch Airlines’ redundant employees are due to receive 100% of the money they are owed, which is great. However, hundreds of thousands of passengers have been seemingly pushed aside after they were rescued from abroad by the UK authorities,” says Marius Stonkus, the CEO of flight claim company SKYCOP. “According to our estimates, if the EU law would apply in this case, the passengers would be receiving over €291 million. This would be at least something positive to try and make up for all of the stress, panic and moral struggle these poor travelers have been through.”

The CEO of SKYCOP has also shared that the company is continuously monitoring the situation and is considering the possibility of filling a group lawsuit representing thousands of passengers still without any compensation for flight cancellations.