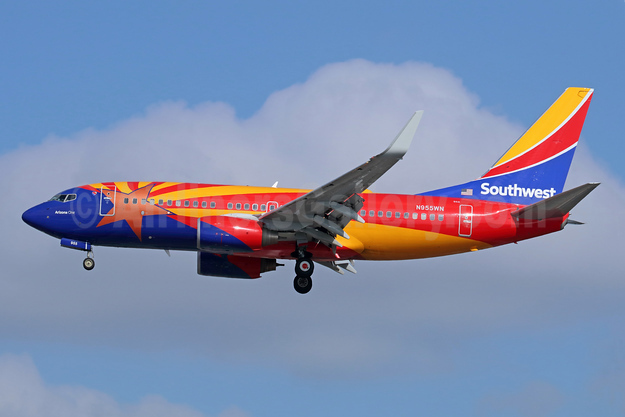 Southwest Airlines has extended its bookable flight schedule through January 6, 2019. The new schedule brings several new nonstop options between cities that have not previously been offered on Southwest Airlines. Today’s extension includes the airline’s holiday schedule, allowing Customers to get an early start on holiday travel planning.

Going Big in the Big Apple

Also on November 4, 2018, Southwest will add one additional weekday nonstop flight between:

By the end of November 2018, Southwest will offer up to 35 flights a day from LaGuardia.

Southwest grows its service in the Nation’s Capital with new nonstop service. Beginning Nov. 4, 2018, the carrier will link Washington, D.C. (Reagan National) and Oklahoma City with daily nonstop service. On the same day, the carrier is also adding one additional flight on the following routes:

Even More for San Jose

The carrier is adding more options for travelers to reach key Southern California cities on Nov. 4, 2018, including new and returning nonstop flights between:

**The carrier previously offered this route in 2005.

Responding to demands for more service from Long Beach, the carrier is adding more flights.

Between September 5 and October 31, 2018, Southwest will operate two additional nonstop flights on weekdays between Long Beach and Sacramento. The carrier will now offer four weekday roundtrips between the two cities. Additionally, the carrier will add three weekday flights between Long Beach and Las Vegas. This service complements its existing weekend service between both cities.

Beginning November 4, the carrier will add daily nonstop service between Denver and Lubbock and service Sunday through Friday between Denver and El Paso, an increase from its Sunday only service that begins on October 7, 2018. Also starting on Sunday, November 4, the airline will add weekly service on Sundays between both Houston (Hobby) and Philadelphia and Sacramento.

International Service
Cuba Service Expands
Effective August 7, 2018, Southwest will expand its service between the United States and Cuba with a third daily nonstop flight between Ft. Lauderdale/Hollywood and Havana.