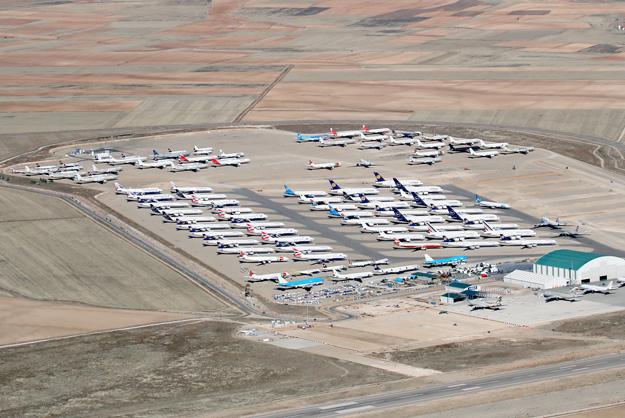 All photos by Javier Rodriguez, reporting from Spain.

Teruel Airport in Spain has become the biggest aircraft storage airport in Europe.

The airport was built specifically for airliner storage and maintenance. 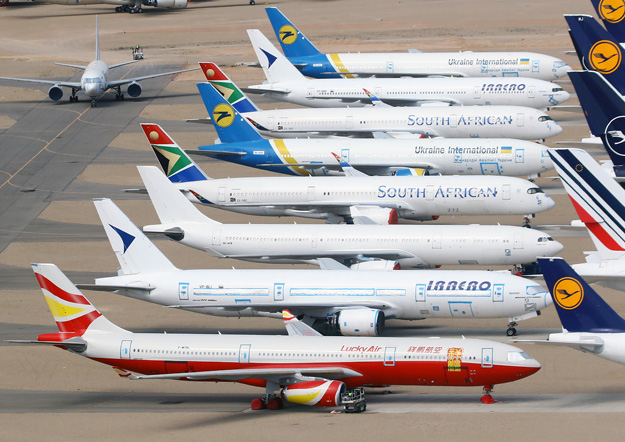 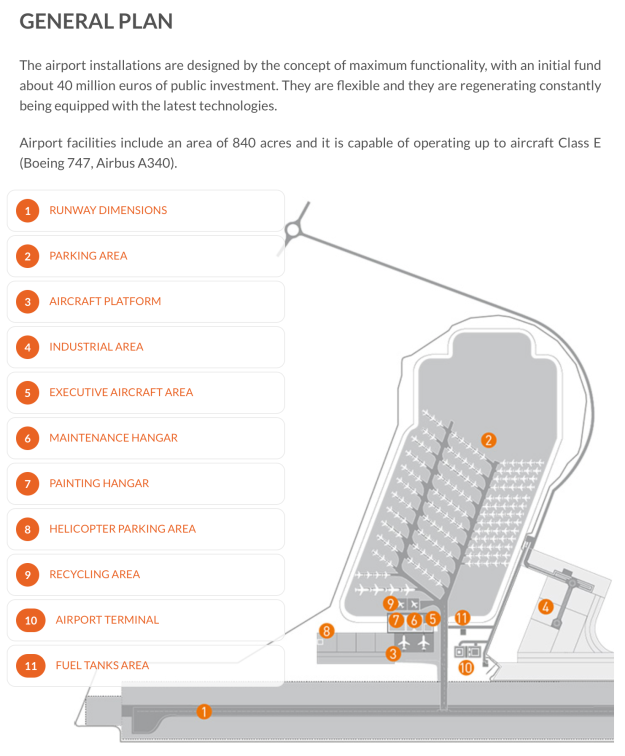 “Teruel Airport (IATA: TEV, ICAO: LETL) is an airport near Teruel, Teruel (Province), Spain. Plataforma Aeroportuaria-Teruel (PLATA) was certified for public use by the Spanish Aviation Safety and Security Agency (AESA), on February 5, 2013. Permission for air operations was granted by the Spanish Aviation Authority and the Government of Aragon on February 28, 2013. It serves as an aircraft maintenance and aircraft storage for the Tarmac Aerosave company.

PLATA is owned by a consortium formed by the Government of Aragon and Teruel City Council, and it does not belong to AENA Group.

The dry climate makes it suitable for long-term storage of aircraft. During the COVID-19 pandemic around 100 grounded planes have been parked there.” 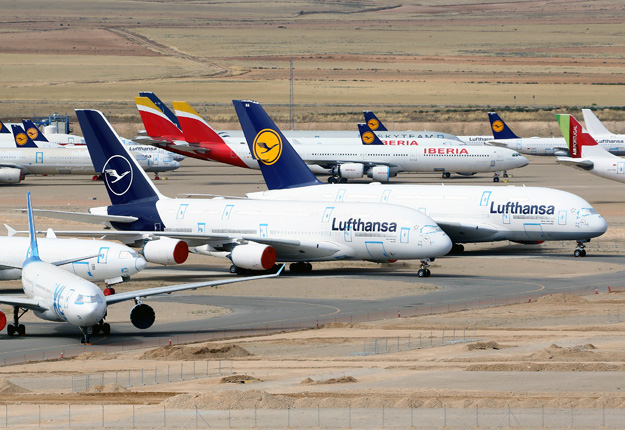 PLATA is built on the old Caudé Aerodrome, which was used during the Spanish Civil War (1936-1939). It was later used as an artillery range by the Spanish Air Force. It covered an area of 2,043,600 m2, now are 3.400.000 m2. This site was used historically for military aeronautical activities because of its exceptional climate conditions, location and low density of air traffic.