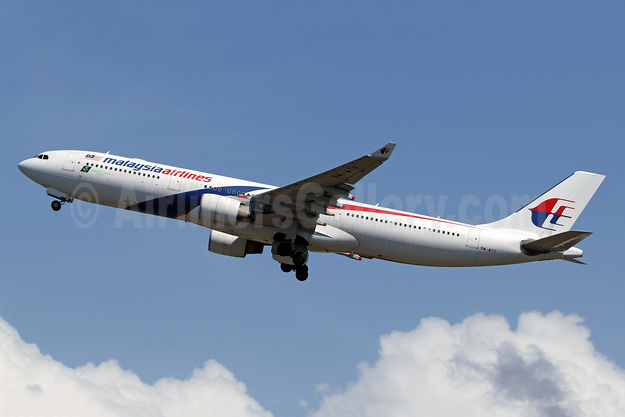 Malaysia Airlines Group (MAG) Chief Executive Officer Izham Ismail (GCEO) said, “Our performance is on budget for quarter one and the concerted focus on yield, which began in the second half of the previous year, continues to see results with an overall improvement in yield and RASK.

I am heartened by the relatively encouraging first quarter of 2018, especially after a challenging FY2017 which saw the company underperform against budget. Our performance last year was hampered by an adverse exchange rate swing which saw the depreciation of the Malaysian Ringgit (RM) against the US dollar (USD). With more than 50% of our cost structure in USD, the depreciation had a significant impact on the company’s overall financial performance. Nevertheless, taken on aggregate, the company has made progress on the execution of the Malaysian Airlines Recovery Plan (MRP). This includes an improved cost base for the airline, bringing it in line with its peer network airlines.

Despite improvements in the quarter, the airline is preparing itself for a tough year ahead with competition and exchange rate volatility. Escalating fuel prices remain a particular concern, up almost 100% from early 2016. Moving forward we will continue to drive yield by focussing on the premium segment to cushion the airline from rising costs. Overall, we expect to see improvements in our performance in the later part of this year and against this backdrop, we are working hard to deliver sustained profitability in 2019,” he added.

Malaysia Airlines saw an encouraging trend of yield improvement continue for both international and domestic sectors due to a concerted focus on premium segments of business class seats and corporate sales. This comes on the back of sustained RASK and yield improvement over several preceding quarters. Yield in the quarter was up 6.6% YoY. The increase in yield offset the reduction in load factor and also resulted in RASK improvement of 3.5% YoY. The growth was on the back of improved yield management and pricing segmentation.

Though overall, the quarter was a positive one, looking forward, the second quarter is expected to be weaker and more challenging due to the soft demand during Ramadan.

Investing in the Customer 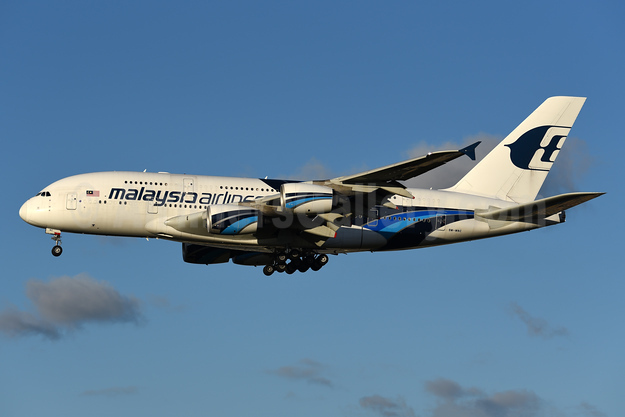 The quarter saw Malaysia Airlines replace our Airbus A380 (above) operations with the Airbus A350-900 aircraft on the London route. The new aircraft, offering the latest in technology, provides unrivalled levels of operational efficiency, with a 25% reduction in fuel burn and emissions and lower maintenance costs. The aircraft also offers an improved experience on board.

The flagship A350 aircraft is equipped with Wifi on-board, the first for Malaysia Airlines, and includes new in-flight entertainment systems with modern and improved functionality. It has also refreshed its first and business class amenities and offers better comfort in Economy.

The airline’s satellite Golden Lounge in KLIA reopened in Febuary 2018 with a new look and upgraded facilities. The lounge design reflects the rich heritage of Malaysia alongside modern facilities which includes amongst others, more charging stations, plug points and seating areas. The satellite Golden Lounge is the latest lounge to have undergone renovation since the last quarter of 2017, following upgrades to regional and domestic Golden Lounges.

Alongside this, the ‘Best of Malaysia’ range of dishes was introduced at the Golden Lounges in January 2018. Through this initiative, Malaysian favourites such as Rojak Buah, Chicken Kurma with Nasi Hujan Panas and Jelatah and Ayam Perchik with Nasi Ulam, were introduced and incorporated into the airlines’ in-flight menu. A specially designed Chinese New Year festive menu on selected routes featuring Yee Sang and other symbolic dishes were also offered in First, Business and Economy classes in Q1 2018.

A Customer Experience Task Force was set up in November 2017 to address the gaps across all customer touch points based on customer feedback. A Delay Handling Lab was also organized in this quarter as part of the airline’s ongoing efforts to provide customers with a more seamless travel experience and to improve disruption handling. These initiatives contributed to a positive improvement in the airline’s overall Customer Satisfaction Index (CSI) scores which rose to 74% in this quarter, as compared to 70% in Q4 2017. Concerted efforts will carry on to ensure continued improvements across all customer touchpoints.

The quarter also saw the airline introduce its new brand campaign anchored around Malaysian Hospitality. The aim of this campaign is to re-emphasise the truly Malaysian experience that encompasses all aspects of the airline’s customer experience, reflected in its products and services.  The campaign will be rolled out in the next quarter via the release of a new TV commercial across all platforms.

In its continuous journey towards becoming a digital airline, Malaysia Airlines rolled out several key technological enhancements in the quarter. The airline recently unveiled an enhanced MHupgrade which provides a quicker and more seamless bidding system for customers to upgrade flights.  Also introduced in the quarter was the Amadeus Anytime Merchandise initiative to boost ancillary revenue whilst offering customers more convenience in purchasing travel insurance and pre-booked seats. The airline also rolled out its Multi-Currency Platform enabling a more stable currency conversion for the airline whilst allowing customers the flexibility of paying for flights in their preferred currency.

Other initiatives introduced in the quarter include the iCrewHack which was launched to simplify and improve cabin crew reporting and work processes. The airline also held a Digital IT Junior Disruptor Programme, a collaborative programme with children and teens between the ages of 12 and 17, aimed at exploring and understanding the needs of the traveller of tomorrow. In addition to this, a series of technology talks and collaborations with Microsoft was also carried out in the first quarter, with the aim of saving time, travel and cost for employees. These programmes will continue throughout the year in line with the airline’s aim of providing its employees with collaborative tools and technology to boost productivity and reduce operational costs. 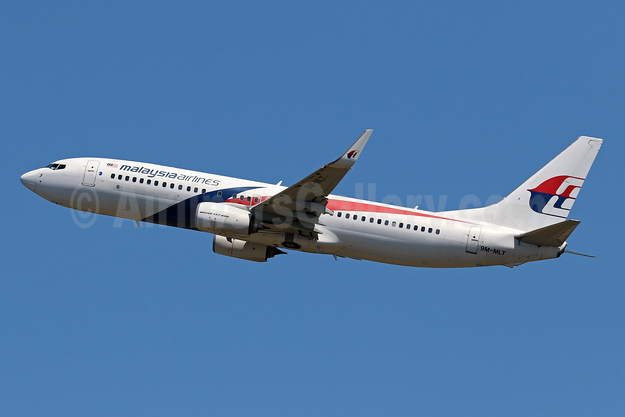 The Malaysia Airlines fleet has undergone a transformation since the start of the MRP, in line with the airline’s core focus of Asia Pacific.

Whilst the Boeing 737-800s continue to provide domestic and regional connectivity, the widebody technology has now been streamlined and rightsized to a simpler model of Airbus A350-900s and the A330s, to suit scheduled operations.

The Airbus A380s will be used for the Hajj and Umrah business and deployed during peak and high demand periods.

The A350s, equipped with a First Class offering and the capacity to serve longer haul routes, is mobilized on the London and Japan routes, where there is higher demand for the premium cabin.

The quarter saw the arrival of an additional two of the airline’s six A350-900s, bringing the total of A350-900 aircraft to four in the first quarter.

The A330s (top) will be deployed on higher density regional routes across Asia Pacific, significantly improving the customer experience whilst also generating better revenue. The airline received the first two of the six A330-200s in the quarter.

The airline is undergoing an extensive process in selecting the next generation widebody fleet for future growth and replacement for ageing and end of lease aircraft. Several vendors have been engaged to provide information on new technologies that would best suit the Group’s network and expansion plans. This would also take into consideration fuel efficiency and passenger requirements.

MAB recently signed a three-year agreement with Andalusia Travel & Tours Sdn. Bhd., to transport Malaysian pilgrims to Madinah and Jeddah during the Umrah season beginning October this year until 2021. The agreement will see Malaysia Airlines providing up to 200 charter flights over the three years. The agreement will eventually be novated from Malaysia Airlines to Project Amal once the new airline meets all regulatory and licensing requirements in Malaysia and Saudi Arabia.

A higher OTP of 76% was registered for Q1 2018 as compared to the previous quarter, which was at 73%. Despite the significant improvement from the last quarter, the OTP registered was still lower than the overall target of 82% mainly due to consequential and technical delays and aircraft limitations. External factors, which included weather-related delays and air traffic congestion, also impacted the OTP. Disruptions were kept to a minimum, however, through stringent monitoring and activation of various contingency plans conducted by an internally set up OTP task force.

The total number of mishandled baggage showed a significant reduction of 44% as compared to Q4 2017. Mishandled baggage per 1,000 passengers also showed a positive reduction to 7.96 cases compared to 14.28 cases per 1,000 passengers in the previous quarter. The positive results recorded in terms of mishandled baggage are the direct result of various process improvement initiatives that the airline has undertaken. The quarter also saw the airline collaborate with Malaysia Airports Holdings Berhad (MAHB) in a joint effort to identify and rectify baggage discrepancies.

A total of 43 fuel initiatives, with target savings set at RM220 million, were registered in this quarter and will be tracked for 2018. In the current environment of escalating fuel prices, MAB will leverage on technology and digitization to minimise volatility effects. This quarter saw the introduction of the MH Fuel Messenger and MH Ops applications which are set to increase operational efficiency.

In all of the initiatives rolled out group-wide to drive operational excellence, safety continues to be the top priority.

The Code of Practice and EU General Data Protection Regulation (EU GDPR) was introduced and rolled out across the group in this quarter. The initiatives under this code include training and readiness assessments for all frontline staff, ahead of the implementation of this legislation. To date, a total of 5500 employees across the group have been trained and equipped with knowledge on EU GDPR. The quarter also saw MAG collaborating with the Anti Trafficking in Persons & Anti-Smuggling of Migrants Council, in setting up a consultative body. This initiative will see employees across the group including ground and flight crew being trained in detecting, reporting and apprehending traffickers as well as providing support to victims of Human Trafficking. Training is expected to commence in the next quarter.

Investing in a talent pipeline and local succession planning

The quarter saw the introduction of a more streamlined and improved recruitment process for pilots, engineers, cabin crew and frontline staff with a total of 11 recruitment drives held between January and May 2018.

An employee referral scheme was unveiled in the quarter to encourage employees to refer deserving candidates to take up positions in key areas such as Flight Operations and Engineering. Apart from this, the Group also signed a Memorandum of Understanding (MOU) with Majlis Amanah Rakyat (MARA) to help boost the pipeline for pilots. The first group of cadets will be recruited from UniKL Malaysian Institute of Aviation Technology (MIAT) in Sepang.

Election and polling activities for the appointment of candidates for the MAG Works Council 2018 also took place in Q1 2018. The Works Council was established in 2016 to encourage positive collaboration and discussions between management and employees on important aspects covering work processes, benefits and the general wellbeing of all employees.

Alongside this, various development and leadership programmes continued throughout the quarter, to train and strengthen the internal talent pool. Some of these include the Leadership Talk Series and the General Managers Circle. The aim of these programmes is to inculcate a culture of collaboration and knowledge sharing, and enhancing the capabilities of senior-level leaders within the group to develop and nurture their employees.