Gate 25 will soon be Gate 34. The original gate numbers of Austin-Bergstrom International Airport will start to change the night of July 31, 2018. The gate renumbering was necessitated by the addition of nine new gates as part of the terminal expansion currently underway. 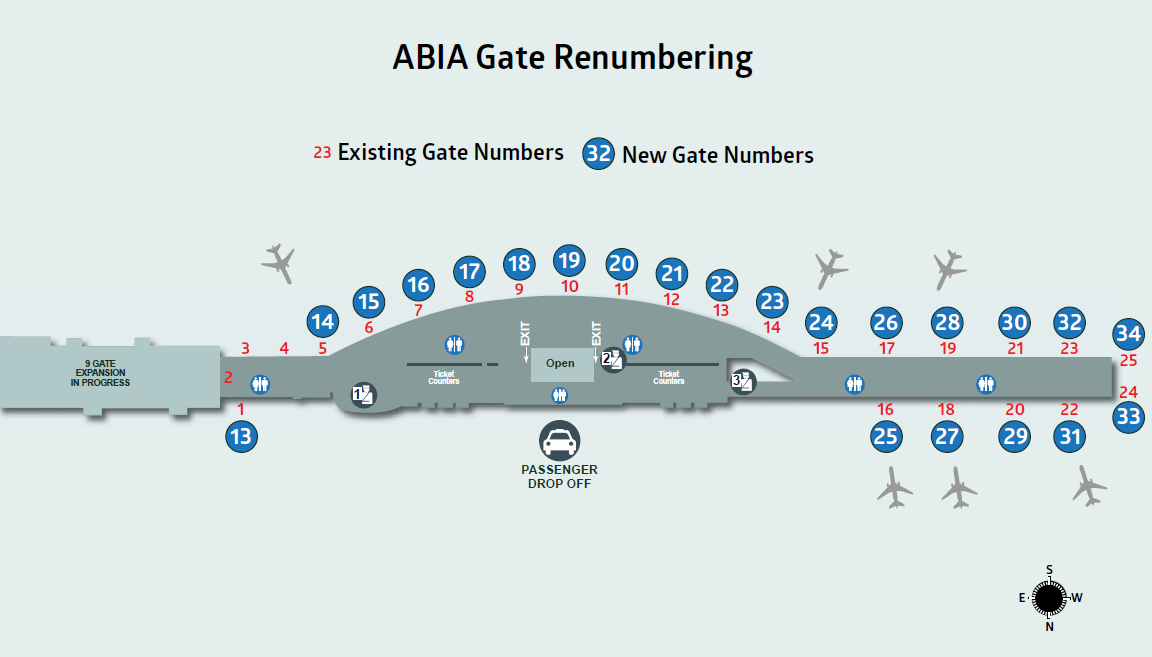 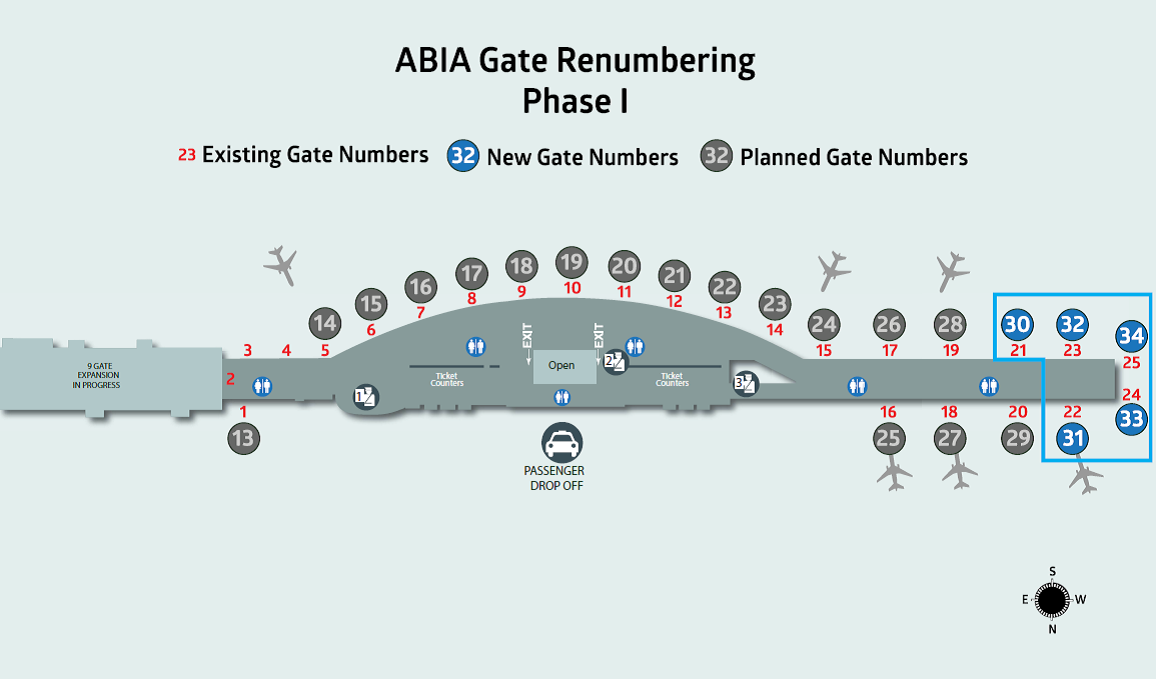 The gate renumbering was needed as part of adding nine new gates to the terminal (above). This terminal expansion will better serve growing passenger traffic and airlines.

All images by AUS.