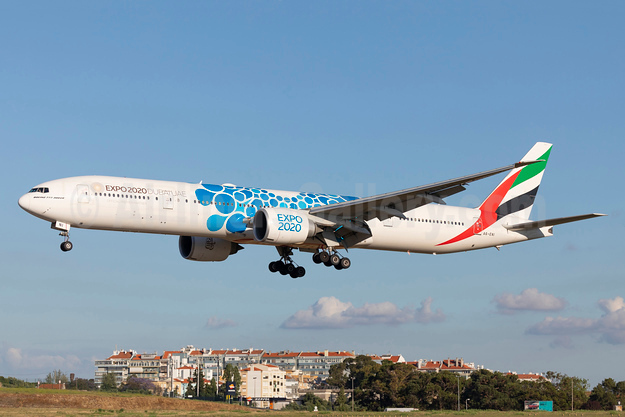 Emirates will boost its services to Riyadh with the addition of a fourth daily flight to the Saudi capital from September 1, 2018. The addition of the fourth daily service will take the total number of weekly Emirates flights serving Riyadh to 28.

The fourth daily flight will be serviced by the Boeing 777-300ER (above) in a three class configuration.  Emirates flight EK813 will depart Dubai at 1500 hrs arriving in Riyadh at 1550 hrs. The return flight, EK814 will depart Riyadh at 1750 hrs and will arrive in Dubai at 2040 hrs.  The late afternoon departure offers an additional option for travellers, complementing the existing morning and evening flights.

All cabins on the Boeing 777-300ER flying to Riyadh are equipped with Emirates’ award-winning ice entertainment system with over 3,500 channels of entertainment to choose from, including movies, television programs, games, audio books and music from across the world, in addition to over 330 Arabic channels.

Emirates has been serving the Kingdom of Saudi Arabia since 1989, and also operates to Jeddah, Dammam and Medinah Al Munawarah. Emirates currently serves Saudi Arabia with 84 flights a week, increasing to 91 per week from September 1, 2018.