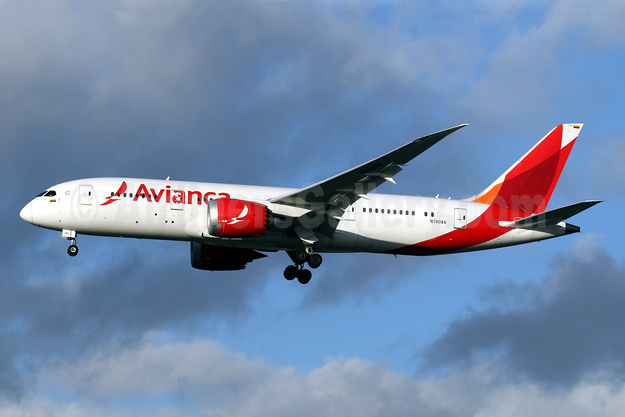 Avianca has made this announcement:

In 2019 Avianca Airlines, the only airline which connects directly London with Bogota, will celebrate its 100-year anniversary. It ratifies its position as the oldest airline in the Americas and the oldest in the world with uninterrupted operations.

In order to lay the foundations for the next century, Avianca wants to increase its presence in Europe and continue to offer an exceptional experience to its customers supported by the best technology available. “We are evaluating the possibility of adding a second frequency to London in the near future,” says Hernan Rincon, CEO and Executive President of Avianca Airlines. “Regarding new destinations, Zurich looks attractive as the next destination in Europe due to its location at the center of Europe. Moreover, the airline is also considering Rome and Paris,” added.

New Boeing 787: On October 2018, Avianca received its thirteenth Boeing 787, which it uses exclusively for flights to Europe. Its fleet is one of the newest in The Americas – seven years old on average- and all its flights to this continent are operated on Boeing 787, one of the most modern aircraft in the world. This aircraft can accommodate 250 passengers, 28 in business class and 222 in economy class. Its revolutionary design, together with cutting edge technology, reduces the effects of fatigue and jet lag. In addition, it has an innovative in-flight entertainment system, which has been recognized as the best in Latin America. All together contributing to an exceptional experience.

Route network: From Bogota, Avianca’s main hub, European passengers have access to more than 100 destinations within the Americas such as: Cusco in Peru, Galapagos in Ecuador, San Jose in Costa Rica, Medellinand Cartagena in Colombia, among others. On November 17th, the airline inaugurated the route Munich – Bogota. The carrier is the first Latin American airline to operate at this airport.

Avianca Airlines transported more than 1 million passengers between Europe and Colombia in 2018.