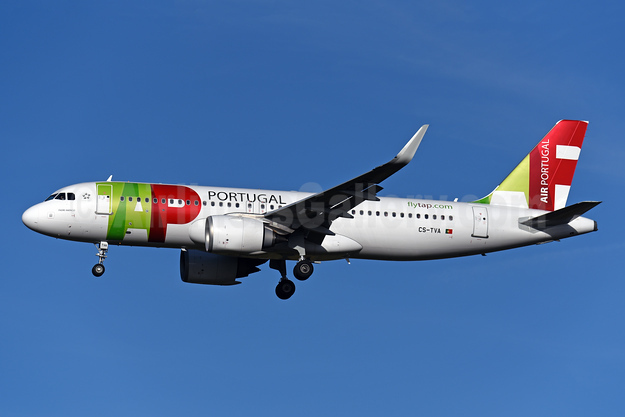 TAP made this announcement:

On March 2, TAP debuted its new Airbus A320neo CS-TVB, with flight TP1699 from Lisbon to Funchal. This is the first model of this jetliner to arrive at the company this year.

TAP plans to receive 71 new aircraft by 2025, making it one of the most modern fleets in the world. The TAP fleet currently includes two Airbus A320neo, five Airbus A321neo, and three Airbus A330neo.

Above Photo: TAP/SpotterBR. Last week, the Airbus A330neo flew for the first time from Lisbon to Brasília.

In other news, TAP has announced an increase in the number of departures from Porto. Recently, TAP had announced new flights between Porto and Newark, moving from the current two flights per week to six weekly flights.

TAP’s new destinations from Porto – Brussels, Lyon and Munich – represent a 34% increase in direct connections from Porto to Europe, compared to last year. TAP’s investment in Porto is only possible thanks to the expansion of its fleet.