The first British Airways early-morning flight between Inverness and London Heathrow for more than two decades took off from the Highland capital this morning. 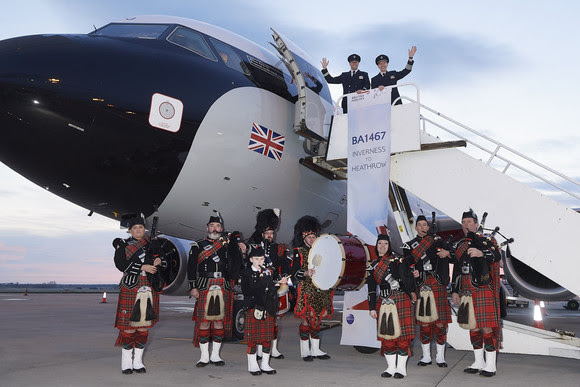 British Airways customers were piped on board the aircraft by members of the Inverness Royal British Legion Pipe Band which, like the airline, is celebrating its centenary this year.

The service was operated by an Airbus A319 aircraft registration G-EUPJ, in the heritage livery of BEA, part of British Airways’ centenary celebrations. 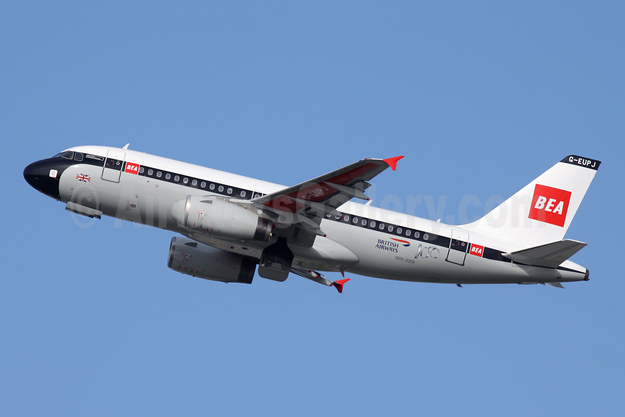 The new Heathrow – Inverness schedule will see a 30 percent increase in capacity on the route and brings the number of flights up to three return services on Saturdays and Sundays, with a double daily service Monday to Friday. From October British Airways will operate a double daily service between the two cities seven days a week.

This morning’s flight means that, for the first time since the route was reintroduced in 2016, British Airways customers will be able to travel between the two cities and return the same day, a major boost to the region’s business sector.