Delta Air Lines has made this announcement for LAX:

Delta employees along with representatives from Los Angeles World Airports (LAWA), contractor Hensel Phelps, and design firms Gensler and Arup gathered for a celebratory event to mark the milestone in the project, which will modernize, upgrade and connect Terminals 2, 3 and the Tom Bradley International Terminal (Terminal B). The event was held in an area of the terminal that is now closed to the public as construction gets underway and included a ceremonial wall demolition. Attendees also signed a steel girder that will be placed in the final facility. 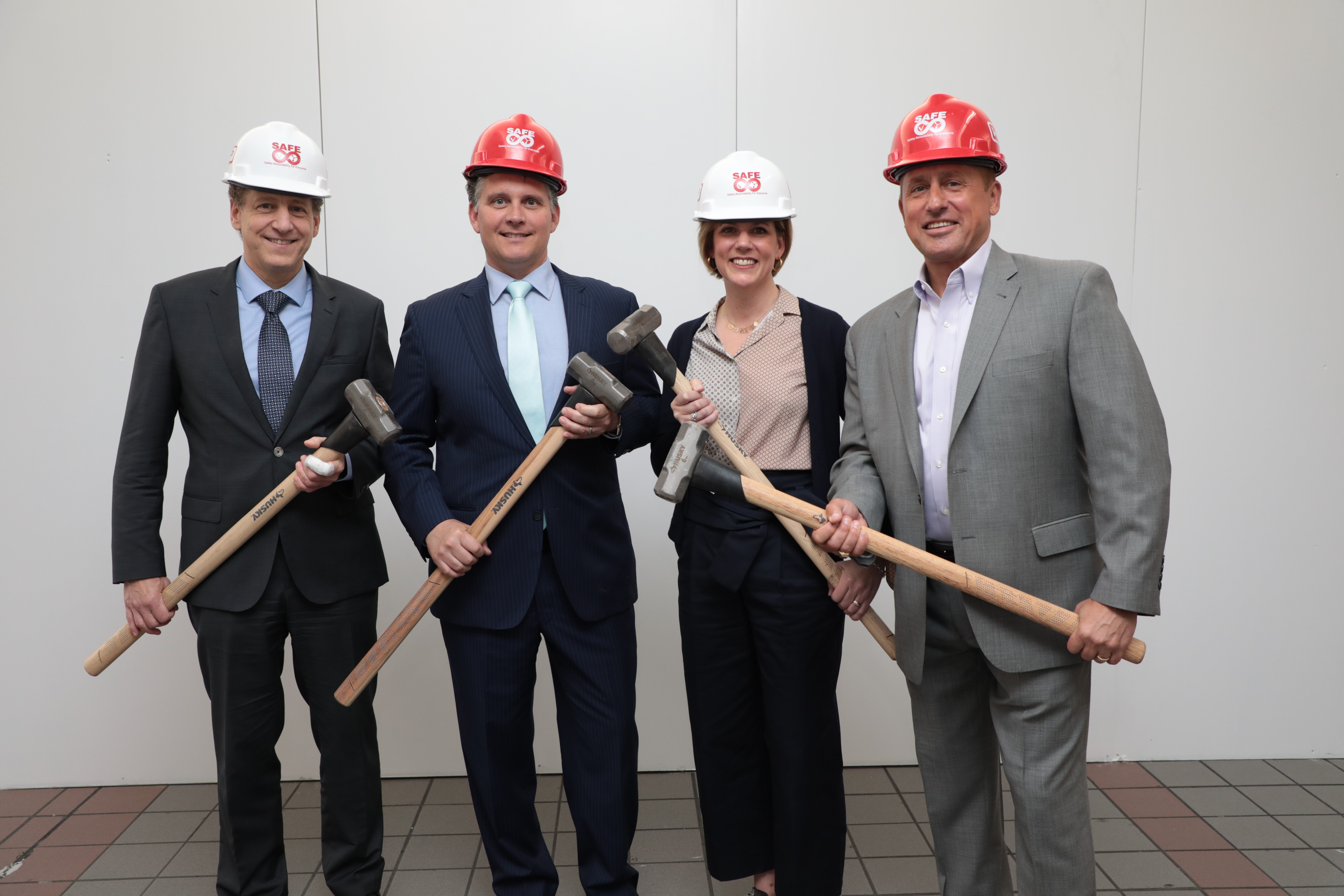 Delta is investing $1.86 billion to create the airport facility our customers, employees and this city deserve and that will serve Angelenos for decades to come,” Loeffelholz said. “As demolition commences, it’s important to recognize that our employees are critical to the success of this project. They take care of our customers each day and will continue to have our customers’ backs during construction.”

“LAWA is excited to partner with Delta Air Lines to build world-class facilities that will enrich the experience for all who visit LAX,” said LAWA Chief Innovation & Technology Officer Justin Erbacci. “By integrating new technologies and the best of passenger amenities, we can create an exceptional guest experience that is safe, efficient and enjoyable.” 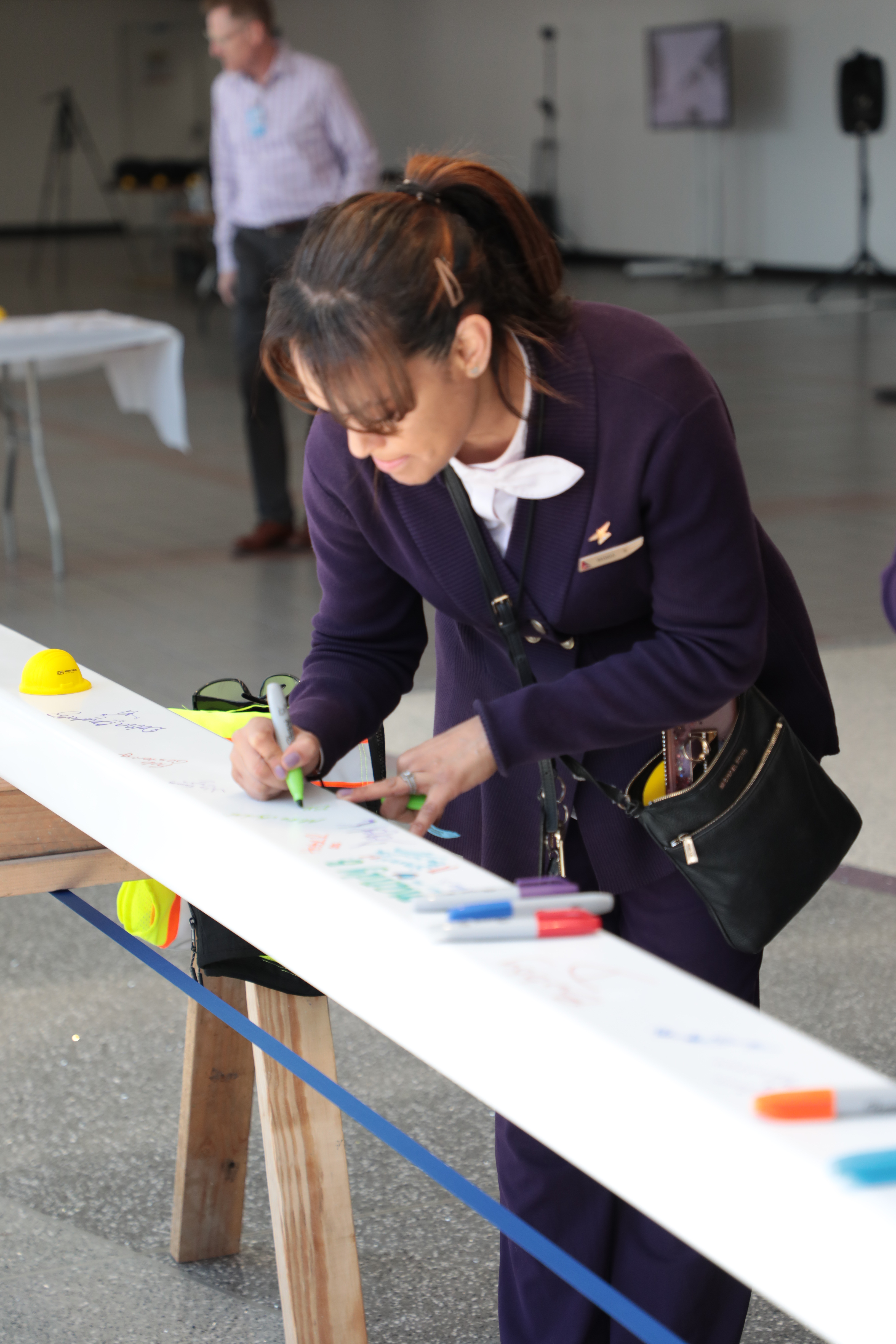 Soft demolition is underway on the central headhouse, which is the facility that houses check-in, baggage claim, the security screening checkpoint and more. The building will be demolished in July 2019, while excavation of the facility will be underway this fall. The Delta Sky Way project kicked off in May 2018, following the LAWA Board of Airport Commissioners’ approval of the largest tenant improvement award in its history. The funding approval was followed by a series of projects that enabled the larger demolition and construction to begin, such as the relocation of the Terminal 3 security screening checkpoint in fall 2018, setup of the temporary bus gates, and realignment of jet bridges. Delta partnered with the Satterfield & Pontikes and STV joint venture for much of the enabling work.

When completed, the modern facility will offer more security screening capacity with automated security lanes, more gate-area seating, and a world-class concession program in partnership with Westfield Corporation, in addition to all the amenities that Delta’s customers have come to expect at LAX, including Delta ONE at LAX check-in space, new Delta Sky Club, and an integrated in-line baggage system.

Several key components of the project will be complete by the end of 2021, including the centralized lobby between Terminals 2 and 3; the centralized security screening area; consolidated baggage claim area; the new 25,000 sq. ft. Delta Sky Club with a Sky Deck overlooking Terminals 2 and 3; and the Terminal 3 concourse. The remaining components, including the secure connector between Terminals 3 and B and the renovated Terminal 3 satellite, will be complete by the end of 2023.

Delta has invested more than $7 billion in airport projects since 2006, and along with its airport partners, Delta will be involved in an additional $12 billion worth of facilities infrastructure projects in coming years, including improvements at several of its key hubs in Atlanta, Los Angeles, New York, Salt Lake City and Seattle/Tacoma.