ANA – All Nippon Airways will debut its “Flying Honu” Airbus A380 service to Hawaii on May 24. The airline has unveiled some features of the new service. ANA has also released the early schedule until all three A380s are delivered.

The Hawaiian word “honu” is a term of endearment used towards the sea turtle, and reflects the widespread love that the Hawaiian people feel for this animal.

It is believed to be a sacred creature in Hawaii, and those who manage to catch a glimpse of one are said to be blessed with good fortune and prosperity.

We decided to name these special liveries FLYING HONU (meaning “flying sea turtle”) in the hope that our customers traveling to Hawaii on these aircraft will also be blessed with good fortune.

Our 3 FLYING HONU aircraft will be phased into service on the Tokyo-Honolulu route from spring 2019.

Inspired by the Hawaiian sky, ocean, and sunset respectively, each of these aircraft is truly unique and has its own facial expression and color scheme. 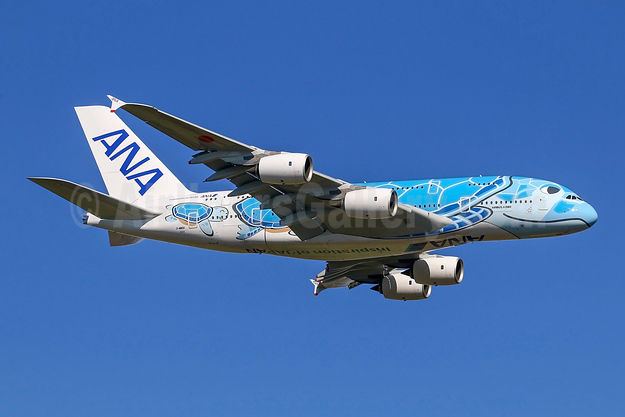