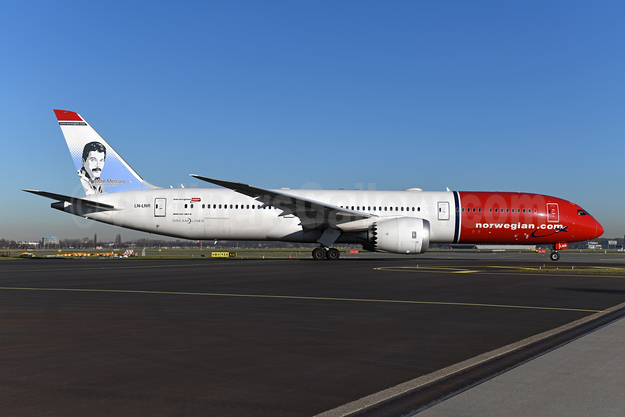 Norwegian Air has come to an agreement with both Airbus and Boeing to reschedule the delivery of its aircraft to reduce its capital spending.

Norwegian has also reported its first quarter results. The quarter was characterised by reduced costs, increased revenue and significantly improved on-time performance. The net loss was NOK 1,489 million ($171.7 million), while the company’s unit cost excluding fuel decreased by 8 percent during the same period. The total revenue was NOK 8 billion, up 14 percent.

Norwegian’s key priority is returning to profitability through a series of measures, including an extensive cost-reduction program, an optimized route portfolio and sale of aircraft. The company’s internal cost reduction program #Focus2019 has been implemented, achieved cost reductions were NOK 467 million this quarter. The company has also strengthened its balance sheet through a fully underwritten rights issue of NOK 3 billion, which secures a stronger financial position. The company is well positioned to continue to attract new customers, not least in the long-haul market, where the development is stronger than in the short-haul market. 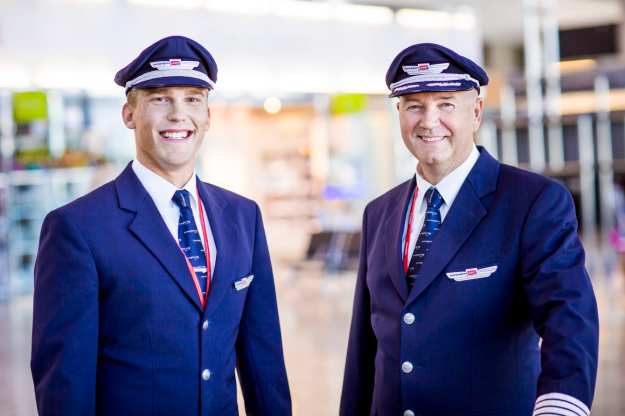 For the first quarter, the total revenue was NOK 8 billion, an increase of 14 percent from the same period last year, primarily driven by intercontinental growth and increased traffic in the Nordics. More than 8 million passengers flew with Norwegian this quarter, a growth of 9 percent. The load factor was 81 percent. The company’s unit cost excluding fuel, decreased by 8 per cent compared to the first quarter in 2018. The punctuality increased significantly this quarter, from 73 to 81.3 percent. The regularity was unchanged at 98.7 percent. 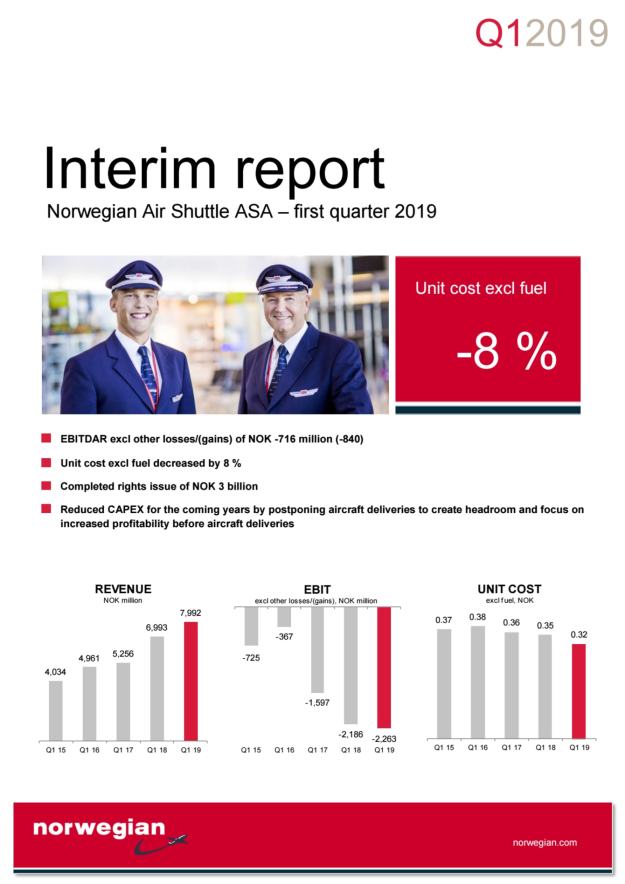 “I’m pleased with the positive developments this quarter, despite the 737 MAX issues. We have taken a series of initiatives to improve profitability by reducing costs and increasing revenue. We are optimising our base structure and route network to streamline the operation as well as divesting aircraft, postponing aircraft deliveries and not least implementing our internal cost reduction program, which will boost our financials. I am also pleased that booking figures and overall demand for the coming months look promising,” said CEO of Norwegian, Bjørn Kjos.

In March, Norwegian temporarily suspended operation of 18 Boeing MAX 8 aircraft. The company combined flights and booked customers to other departures within Norwegian’s own network, consequently reducing the impact on passengers. The company will continue to limit passenger disruptions by also offering flights with wetlease companies whenever necessary. The number one goal is to operate its schedule according to plan.

“Our dedicated colleagues at Norwegian have been working day and night to find solutions for our customers. They will continue to do their utmost to ensure that all flights continue to depart as planned, regardless of how long the MAX stays out of service,” Kjos continued.

“We have had some productive meetings with Boeing where we have discussed how we can maneuver through the difficulties the MAX situation is causing Norwegian,” Kjos added.