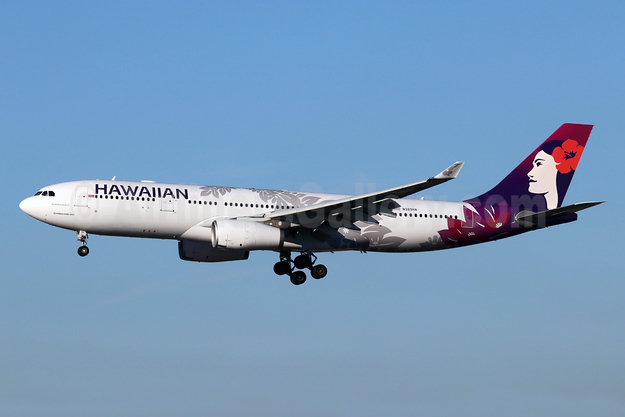 Hawaiian Airlines received a preliminary decision from the U.S. Department of Transportation to allocate a new slot to the airline for expanded service to Haneda Airport. This is a critical step toward gaining rights to provide additional service between Honolulu and Tokyo before the start of the 2020 Olympic Summer games. The allocation is contingent upon the successful conclusion of consultations by the Government of Japan with affected local governments and communities.

“Although we are disappointed that the tentative award does not grant our full request for three new routes, Hawaiian looks forward to the opportunity to expand its service between Tokyo Haneda and Honolulu,’’ said Peter Ingram, president and CEO of Hawaiian Airlines. “With this new service we will be able to better serve the needs of guests traveling between Honolulu and Haneda as well as those connecting beyond these gateway cities.”

The U.S. DOT’s Order to Show Cause invites comments on the DOT’s preliminary decision within two weeks and Hawaiian Airlines will continue to press for additional slots during this time.

In its Feb. 21, 2019 application, Hawaiian noted that it has been flying to Haneda since 2010, longer than any other U.S. airline, and has since grown the market by providing consistent and uninterrupted service. In 2016, the carrier added additional service from Haneda, serving Honolulu four times a week and Kona three times per week. That same year, the carrier also commenced service between Honolulu and Tokyo’s Narita airport.

The tentative approval of one new slot is expected to allow Hawaiian to arrive and depart Haneda earlier, thereby allowing substantially more connections to banks of flights departing and arriving from points throughout Japan.  Through its codeshare with Japan Airlines, Hawaiian expects connecting traffic to points beyond Tokyo, primarily to other cities in Japan, to grow dramatically, increasing the quantity and quality of service options as well as needed competition in some underserved locales.

The Honolulu/Tokyo market is, by far, the largest U.S.-Japan city pair with more than 2,300 passengers per day each way. Honolulu’s Daniel K. Inouye International Airport has more than twice the market size of passengers flying to and from Tokyo, than the second largest U.S. airport, Los Angeles International Airport. By stimulating traffic between Tokyo and Honolulu, Hawaiian has brought hundreds of thousands of tourists to the United States and the money they spend is a U.S. export that generates significant economic benefits to the domestic economy. Hawaiian estimates additional stimulation of one additional flight will lead to about 31,100 additional visitors, resulting in an annual economic impact of $80 million in sales, $25 million in earnings, and more than 750 U.S. jobs.