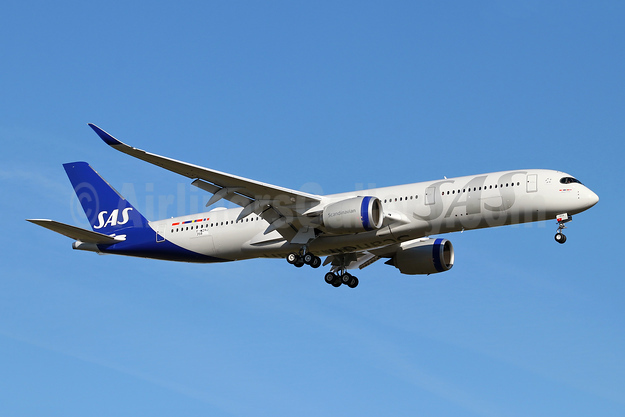 Scandinavian Airlines-SAS has taken delivery of its first Airbus A350-900, becoming the newest operator of this latest generation, highly efficient wide body aircraft. 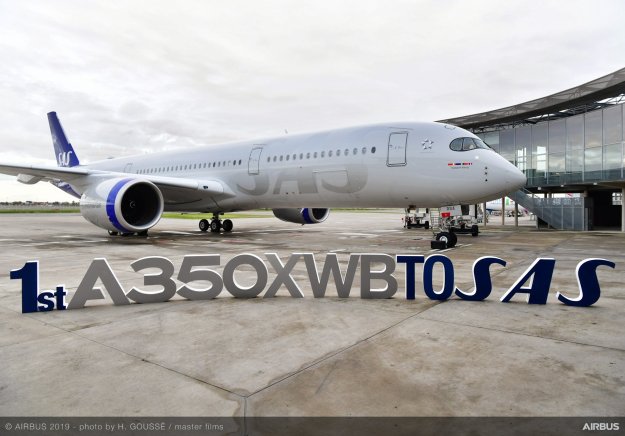 In the coming years, as part of an extensive fleet modernization, SAS will take delivery of 54 additional A320neo Family aircraft and the remaining seven A350-900s through direct purchase and lease contracts.

SAS’s A350-900 features a modern and highly comfortable three-class cabin layout with 300 seats: 40 “SAS Business” class, 32 “SAS Plus” class and 228 “SAS Go” class seats. On 28 January 2020, the airline will start to operate the new aircraft on its Copenhagen-Chicago long-haul route, followed by other international destinations including North America and Asia.

At the end of October 2019, the A350 XWB Family had received 913 firm orders from 50 customers worldwide, making it one of the most successful widebody aircraft ever.