BEA has issued this incident report:

On Saturday, September 30, 2017, the Airbus A380-861 operated by Air France, was carrying out scheduled flight AF066 from Paris (France) to Los Angeles (USA). It took off at 09:50. At 13:49, while the crew were changing en-route flight level, they heard an explosion and observed asymmetric thrust from the right side of the aeroplane, immediately followed by severe vibrations. The “ENG 4 STALL” and then the “ENG 4 FAIL” messages nearly simultaneously appeared on the ECAM. The crew diverted to Goose Bay airport (Canada) where they landed at 15:42 without any further incident.

A visual examination of the engine found that the fan, first rotating assembly at the front of the engine, along with the air inlet and fan case had separated in flight leading to slight damage to the surrounding structure of the aircraft.

The factors likely to have contributed to the accident include:

After the accident, regular inspections of the fleet in service found that there were no cracks detected in the areas considered at risk on the fan hubs of the Engine Alliance engines equipping the A380. The certification bodies and engine manufacturers are currently considering how to better understand the cold dwell fatigue phenomenon and take it into account in the design of future engines. 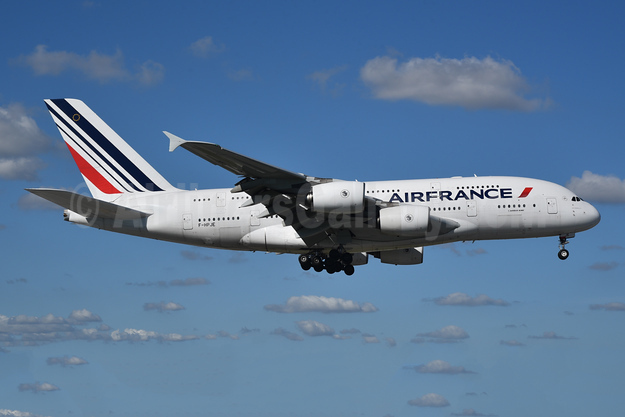