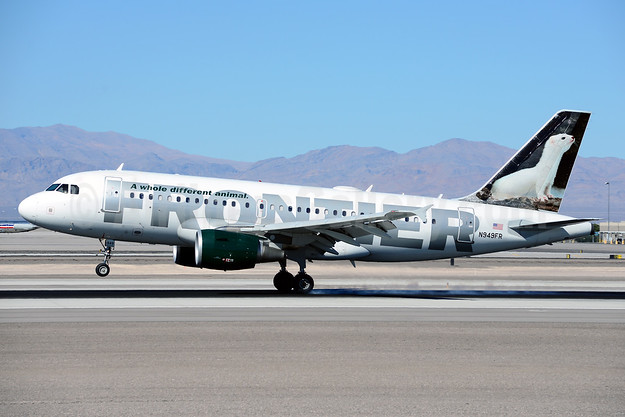 Frontier Airlines on September 8, 2021 marked a significant fleet milestone with the retirement of its last Airbus A319 aircraft – tail N949FR – delivered to the company in 2006.

The type had been grounded in March 2020 but it was returned to service when traffic picked up again. It is now being retired for the last time by the carrier.

Frontier passengers, crew and executives commemorated the occasion during flight 391 from Nashville (BNA) to Denver (DEN). The phase-out of the A319 is part of a fleet modernization plan by America’s Greenest Airline, that includes a strong focus on operating newer, more fuel-efficient aircraft.

“The retirement of Frontier’s last Airbus A319 aircraft is a proud and symbolic moment for our team as we look ahead towards a greener future,” said Daniel Shurz, senior vice president of commercial, Frontier Airlines. “Our ultra-modern fleet is already the most fuel-efficient in the U.S. skies and, as we continue the transition to A320neo (New Engine Option) and A321neo aircraft, our fuel savings and operational efficiencies continue to evolve.”

The final A319 tail featuring Erma the Ermine flew with Frontier for more than 15 years. The A319 model aircraft, which the company first began flying in 2001, played a vital role in Frontier’s success for more than 20 years, providing efficient, safe and reliable service, including during the airline’s transition to an ultra-low-cost carrier.

The aircraft’s final flight was marked with a special onboard announcement and giveaway items for customers, including a framable certificate commemorating the occasion. Denver-based crew were invited to greet the aircraft on its final arrival during a gate celebration, as well.

Frontier operates the youngest and most fuel-efficient U.S. fleet of Airbus A320 and A321 aircraft with an average age of only 4.1 years, including the largest A320neo fleet in North America. Moreover, with approximately 140 aircraft currently on order, Frontier’s modern fleet will continue to grow in the coming years, a testament to the company’s overall commitment to more sustainable, reliable and affordable flying.