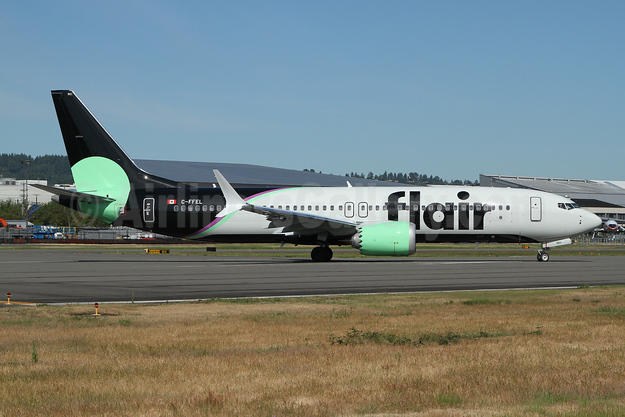 Flair Airlines, Canada’s only independent ultra low-cost carrier (ULCC), continues its unprecedented growth with the deployment of four brand new 737 MAX aircraft in April and May 2022. Two additional aircraft will be added to Flair’s Toronto base, bringing the total there to five. A second aircraft will be added to Flair’s Edmonton base and a third aircraft to its Vancouver base. Flair’s Spring 2022 schedule will expand from twelve aircraft to sixteen, delivering 33% schedule growth.

A whopping 14 new routes will be added, including service to four fantastic new destinations. Three new cities will be added to Flair’s network in the US, allowing Canadians to finally travel affordably to San Francisco, Nashville and Denver. Flair will also launch Comox as a second gateway to Vancouver Island, complementing existing service to Victoria and allowing visitors to explore even more of the island.

With the addition of these four aircraft, Flair will create 150 new jobs for flight attendants, pilots and operational support staff. Flair is currently recruiting for 100 pilot positions to meet the needs of its growing fleet.

Flair is adding new 737 MAX aircraft as it strives to achieve the lowest cost per seat mile of any Canadian airline. The aircraft deliver fuel savings and reduce the airline’s CO2 emissions by 14%. Lower per passenger emissions are a vital step in lowering Flair’s carbon footprint as it works to become Canada’s greenest and most sustainable airline.

Flair is also starting service to 6 US destinations this Fall and currently serves 18 destinations in Canada. Flair is growing to serve 28 destinations by spring 2022. Toronto Pearson Base Grows to 5 Aircraft The addition of two aircraft based in Toronto will grow Flair’s footprint to five aircraft.

Toronto Pearson Base Grows to 5 Aircraft

The addition of two aircraft based in Toronto will grow Flair’s footprint to five aircraft. Flair will be providing low fares on nonstop flights to 19 destinations from Toronto Pearson Airport.

Edmonton Base Opening in December

In December, Flair will be opening a base in Edmonton with the addition of a new aircraft and adding new nonstop service to Hollywood-Burbank, Las Vegas, Palm Springs and Phoenix-Mesa. The spring addition of routes to Nashville, San Francisco, Comox, Regina, Montreal, Winnipeg and Saskatoon will join the nonstop flights Flair currently provides to 7 domestic destinations from Edmonton.

Adding a third aircraft to the Vancouver base allows Flair to expand service in Western Canada. The nonstop flights to San Francisco and Kelowna will follow new service starting this Fall that includes nonstop flights from Vancouver to HollywoodBurbank, Palm Springs, Phoenix-Mesa and Las Vegas.