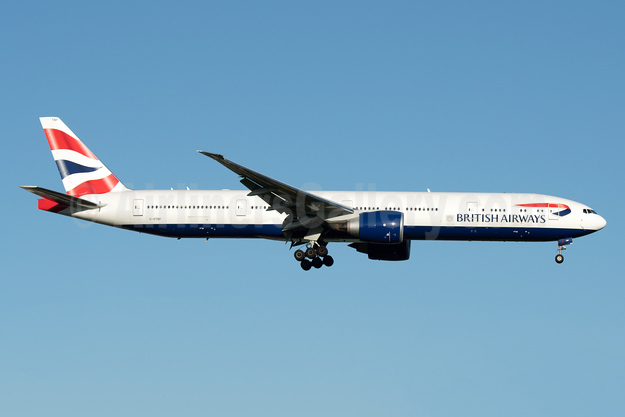 British Airways is continuing with the roll out of its newest business class seat, Club Suite, as it continues to retrofit the seat across its Boeing 777 fleet, with the roll out expected to be completed by the end of 2022.

The airline already has retrofitted a number of its Boeing 777 aircraft with the latest seat and will be working with Collins Aerospace to ensure the rest of the airline’s 777 aircraft are fitted with the new cabin.

The airline’s sophisticated Club Suite was first rolled out in July 2019 on the first A350 and since then has been installed on the Boeing 787-10 aircraft. The seat offers direct-aisle access, a suite door for greater privacy and luxurious flat-bed seats in a 1-2-1 configuration. Boasting 40 per cent more storage, including a vanity unit and mirror, WiFi, enviable 18.5-inch inflight entertainment screens, high definition gate-to-gate programming and PC / USB power; every aspect of British Airways’ Club Suite has been designed for today’s customer.

As part of its commitment to the North Atlantic, all British Airways flights to JFK will be operated by an aircraft that has the airline’s Club Suite product.

As part of the upgrade, the airline’s Club Kitchen is also getting a makeover with new Club chillers and built-in storage for snacks, drinks and other refreshments, allowing customers in Club World to help themselves to refreshments at their leisure.

The latest generation of the First cabin including the introduction of the First suite door will also continue to be rolled out across the airline’s Boeing 777-300 aircraft. The First suites were meticulously designed based on our customers’ feedback, the cabin puts comfort at the heart of the experience and makes the very best use of the generous space designed for just a few customers at a time.  The suite includes a fixed 23-inch high definition inflight entertainment screen that can be controlled with an integrated handset.