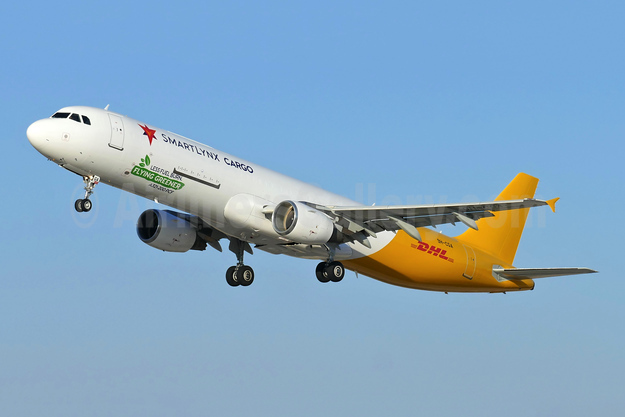 SmartLynx made this announcement:

As part of an ambitious expansion strategy, SmartLynx Airlines, a high-profile European ACMI charter and cargo operator has announced the addition of two more A321Fs to its growing cargo fleet.

The two new cargo freighters aircraft will bring the airline’s A321F fleet to a total of eight (8) active aircraft of the type by the end of 2022. SmartLynx, a family member of Avia Solutions Group – a leading global aerospace services group with almost 100 offices and production stations providing aviation services and solutions worldwide – additionally has plans to double its fleet number in the near future.

Both A321Fs – MSNs 1204 (9H-CGC) & 775 (9H-CGD) – are leased to SmartLynx by entities managed by Cross Ocean Partners and will be registered in Malta. The passenger to freighter conversions are being undertaken by Precision Conversions in the United States and aircraft are expected to enter service in Q1 2022.

The addition comes as an integral part of SmartLynx’s strategic expansion plans to become the largest operator of A321F cargo freighters in the near term. The A321F freighter has the highest revenue payload and the most versatile, customer-friendly features in today’s cargo marketplace. SmartLynx is already successfully operating its first A321F in support of DHL’s European network, with a second aircraft scheduled to commence operations for DHL eminently.