KLM started adding 0.5% Sustainable Aviation Fuel (SAF) for flights departing from Amsterdam on January 10, 2022. In addition, KLM will offer its customers the option of purchasing an extra amount of sustainable fuel. In this manner, KLM aims to stimulate the market for SAF. The face of travel is set to change in the future and SAF will play an essential role in this regard. In addition to fleet renewal and further innovation within the company and sector, KLM is committed to bringing about an energy transition.

Thanks to our customers who participate in the Corporate and Cargo SAF Program, KLM already has a relatively substantial share of the global SAF market today. Yet with a share of 0.18% in 2019, it is still less than 1% of our total fuel consumption. We realize that the 0.5% standard admixture on passenger tickets is a very small step, but an important one in the right direction and we hope other airlines will follow soon. We will have to work with all parties around us and come up with rock-solid solutions and innovations to further open the market for SAF.

Reduce of CO2 emissions by at least 75%
The CO2 emissions of SAF that KLM currently purchases are at least 75% lower than those of fossil kerosene. That is why, in the short term, SAF is the most important means of drastically reducing CO2 emissions, thus contributing to making aviation more sustainable. The costs for the sustainable fuel variant are at least four times higher and production is lagging behind. By increasing demand, KLM hopes to further develop the market for SAF so that supply is scaled up and sustainable fuel ultimately becomes cheaper.

SAF ambitions
Effective 1 January 2022, France will introduce a compulsory SAF admixture percentage. This is not yet compulsory in the Netherlands. Within Europe, there is a proposal to achieve a compulsory SAF proportion of 2% by 2025 for all flights within and from Europe. KLM and its partners in the Clean Skies for Tomorrow coalition previously announced that it is their ambition to achieve a worldwide SAF proportion of 10% in 2030. To this end, KLM has now decided to start adding more SAF voluntarily.
In addition, Air France-KLM, KLM and Air France have committed themselves to the CO2 reduction trajectory drawn up for the aviation sector by the Science Based Targets initiative. This will ensure that KLM’s objectives are in line with the targets of the UN Climate Agreement signed in Paris (net zero in 2050). Increased utilization of SAF is a key factor in achieving these targets.

Standard admixture added to ticket price
The 0.5% SAF proportion will supplement the SAF that is already being blended for customers who have joined KLM’s Corporate and Cargo SAF programs. A surcharge for the additional SAF will be added to the ticket price. This means KLM passengers will automatically contribute to the purchase of sustainable fuel. The surcharge will vary from 1 to 12 euros per ticket, depending on the distance flown and the seat booked (economy or business).
KLM will use this contribution to finance a standard 0.5% SAF admixture on all flights from Amsterdam.

CO2ZERO service expanded with SAF option
For individual passengers who wish to further reduce the footprint of their flight, we have expanded our CO2ZERO service with an option to purchase an additional quantity of SAF. This option will be available in addition to our existing compensation alternative to support a reforestation project with Gold Standard certification. Reforestation is a way in which CO2 emissions can be compensated outside the aviation industry. With the additional purchase of SAF, a passenger contributes to less use of fossil kerosene, and thus to a direct reduction of CO2 emissions as a result of flying. Again, KLM will use the entire amount raised to purchase SAF to boost global SAF production.

Purchase of SAF
In 2011, KLM conducted the world’s first commercial flight on blended biofuel. In February 2021 we operated a commercial flight with an admixture of sustainable synthetic fuel. For SAF, KLM focuses on all technologies side by side: based on used cooking oil, forestry residues and sustainable synthetic fuel. KLM is currently purchasing relatively large volumes of SAF and has signed various purchase agreements with suppliers. This will guarantee the standard 0.5% admixture for flights departing from Amsterdam and will enable KLM to meet additional demand generated by passengers via the CO2ZERO program, as well as demand generated by partners in KLM’s Corporate SAF Program and the Air France-KLM-Martinair Cargo SAF Program, thereby contributing to KLM’s efforts to achieve its CO2 reduction targets. 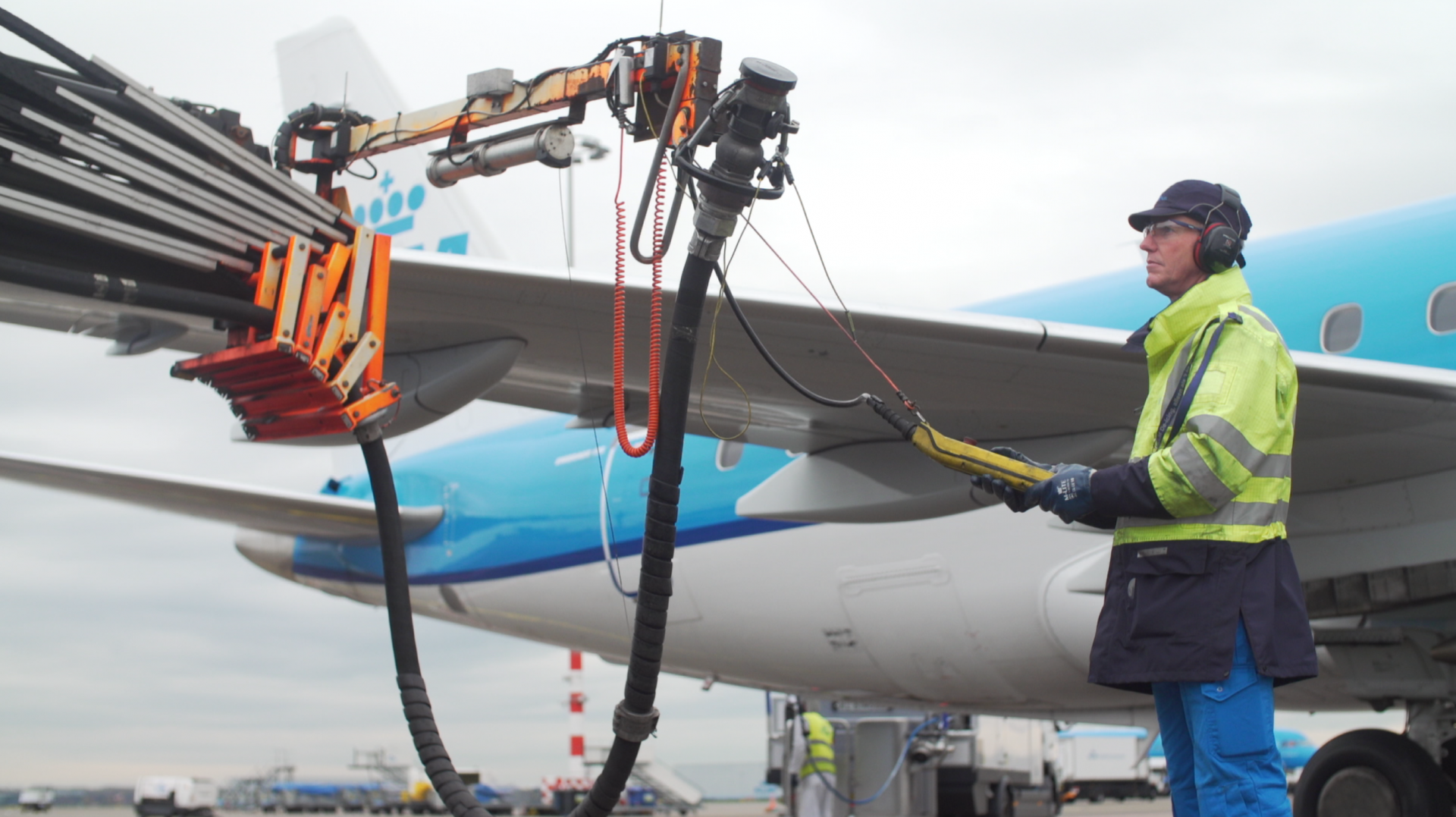