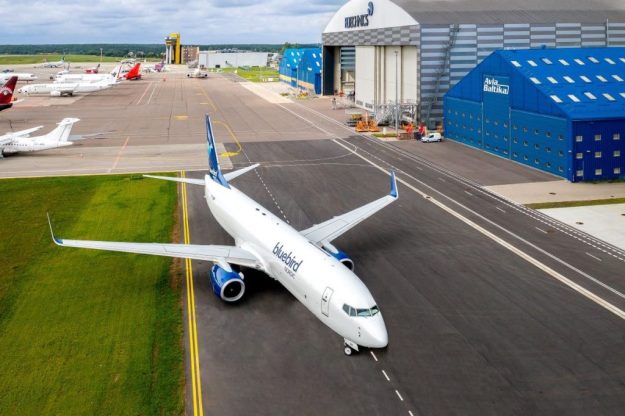 As both companies are part of Avia Solutions Group, a leading global aerospace services group, the strategic synergy between AviaAM Leasing and Bluebird Nordic allows the lessee to continue accomplishing ambitious expansion plans.

The Boeing 737-800BCF aircraft was converted to freighter configuration by Boeing at the Guangzhou Aircraft Maintenance Engineering Company (GAMECO) facility in Guangzhou, China.

AviaAM Leasing plans to have 25 converted aircraft of different types in the upcoming four years.

At the end of December 2021, Bluebird Nordic concluded lease agreements for three Boeing 777-300ER aircraft. At present, the aircraft are in passenger configuration but will proceed for conversion in 2024 and will be utilized as cargo aircraft once the conversion is complete.