SAUDIA, the national flag carrier of the Kingdom of Saudi Arabia, operated the world’s longest net positive flight thanks to a partnership with Enviro-tech business CarbonClick and aviation consultancy SimpliFlying.

On May 12, 2022, SAUDIA offset a total of 346 tons of carbon emissions, including radiative forcing impacts by a factor of two, for commercial passenger flight SV227, from Jeddah to Madrid, making the flight net-positive.

Operating with a Boeing 787-9 Dreamliner, the flight time was 5 hours and 55 minutes. Flight SV227 departed from King Abdulaziz International airport at 1030 hrs and arrived at Adolfo Suárez Madrid–Barajas airport at 1535 local time.

This flight is SAUDIA’s entry into The Sustainable Flight Challenge, an initiative by SkyTeam, one of the world’s three major airline alliances. All SkyTeam airlines are being challenged to go above and beyond by finding the most sustainable way to operate one single flight in their existing networks. 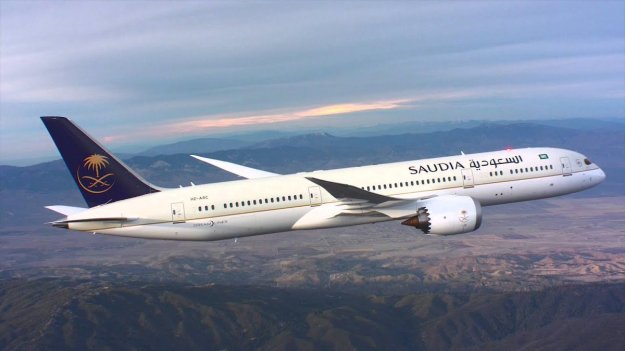 The challenge seeks inspiration from the 1934 MacRobertson Air Race from London to Melbourne. As part of that, CarbonClick’s partner SimpliFlying is working with SAUDIA to enable them to operate a net-positive flight.

The flight will also see the world’s first in-flight sustainability lab, where passengers contribute ideas on how air travel can become ‘greener’, led by SimpliFlying.

SAUDIA’s participation in SkyTeam’s Sustainable Flight Challenge is part of a broader commitment by the airline to continually improve its environmental performance. This is an integral part of its business strategy and commitment to becoming an industry leader in sustainability. The flight comes on the heels of the Future Aviation Forum in Riyadh, where sustainability was a key theme and SAUDIA was the strategic partner and official carrier.

CarbonClick has been selected by SimpliFlying and SAUDIA as the offsetting partner for this challenge. CarbonClick will offset flight SV227 by applying the contribution from SAUDIA to the generation of clean wind electricity for communities in India. From the offsets bought, wind turbines can be powered for 26 days, generating clean energy for the local population.

This Gold Standard project is building wind power in India, displacing an equivalent amount of carbon-intense electricity which would otherwise rely on dirty fossil fuels like coal. The contribution by SAUDIA to this project will supply clean energy to the grid, providing sustainable electricity to families living in Bhuj, in the western Indian state of Gujarat.