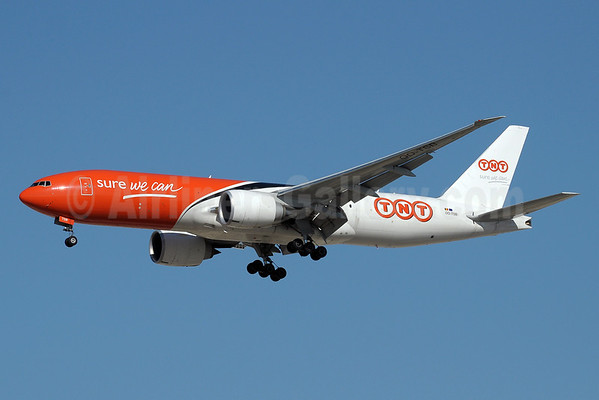 TNT Express N.V. (“TNT Express”) announces that the Extraordinary General Meeting of Shareholders (“EGM”) was held today, as per the agenda dated August 21, 2015.

At the EGM, the shareholders discussed the recommended public offer by FedEx Acquisition B.V., an indirect wholly-owned subsidiary of FedEx Corporation, for all issued and outstanding ordinary shares including ordinary shares represented by American depositary shares of TNT Express. The Executive Board and Supervisory Board of TNT Express restated their support and recommendation for FedEx’s offer, which is set to provide compelling benefits and opportunities to TNT’s customers, employees and shareholders. Accordingly, the Boards recommended to shareholders to tender their shares pursuant to the offer.

Furthermore, the general meeting resolved to adopt the following resolutions:

As a result, FedEx Corporation issued this statement:

FedEx Corporation has taken note of TNT Express N.V.’s (TNT Express) press release in relation to the Extraordinary General Meeting that took place today (the EGM) confirming that the shareholders of TNT Express approved all of the resolutions on the agenda. This release is made in connection with the recommended public offer by FedEx Acquisition B.V. (the Offeror) for all of the issued and outstanding ordinary shares in the capital of TNT Express, including all ordinary shares represented by American depositary shares (the Offer), as more fully described in the Offer Document.

“We appreciate that the shareholders of TNT Express approved the resolutions of TNT Express’ Extraordinary General Meeting,” said David Binks, Regional President Europe, FedEx Express. “We believe the combination of these two great companies will provide significant value to the employees, customers and shareowners of both TNT Express and FedEx, and we continue to work constructively with the regulatory authorities around the world to obtain clearance of the acquisition.”

The Asset Sale and Liquidation Resolutions, the Conversion Resolution and the Governance Resolutions are conditional on the Offer being declared unconditional and the Settlement thereof. The Asset Sale and Liquidation Resolutions are also conditional upon the number of Shares tendered under the Offer, together with those Shares held by or committed to the Offeror or its affiliates and the Shares to which the Offeror or its affiliates are entitled, being less than 95% but at least 80% of TNT Express’ aggregate issued and outstanding ordinary share capital.

As a result of the Asset Sale and Liquidation Resolutions and the Conversion Resolution having been adopted, under the terms and subject to the conditions of the Offer, the minimum acceptance condition of the Offer will be 80% (and not 95%) of TNT’s aggregate issued and outstanding ordinary share capital, on a fully diluted basis, as of the time and date on which the Offer expires.

As previously announced, the Acceptance Period under the Offer is currently scheduled to expire at 17:40 hours CET (11:40 a.m. New York time) on October 30, 2015, unless extended in accordance with the terms of the Offer. FedEx and TNT Express are on track to obtain all necessary approvals and competition clearances.

The Combination presents a highly pro-competitive proposition for the provision of small package delivery services within and outside Europe. The networks of TNT Express and FedEx are largely complementary, given that FedEx’s strength is providing U.S. domestic and extra-EEA international services, while TNT Express’ focus is on providing intra-European services. The Combination would allow the parties to sell a more competitive e-commerce offering in the market, which should benefit consumers and SMEs in Europe and beyond. Based on the required steps and procedures in Europe, Brazil, China and other jurisdictions around the world, however, some of the approvals and competition clearances could be received after October 30, 2015. This would cause the Acceptance Period to be extended. In accordance with the terms and conditions in the Offer Document, the Offeror will announce any such extension by press release no later than three Dutch business days following the expiry of the current Acceptance Period.

In April 2015, FedEx announced its intention to buy TNT Express for €4.4 billion ($4.8 billion; £3.2 billion), as it looks to expand its operations in Europe. The European Commission launched its investigation into the planned acquisition on July 31, 2015. The EC will decide by December 7, 2015.

FedEx Corporation today reported earnings of $2.10 per diluted share for the first quarter ended August 31, up 37% from last year’s $1.53 per share.

Operating income increased primarily due to higher volumes and increased yields at all three transportation segments. Results in the first quarter also include benefits from lower pension expense and the company’s profit improvement programs. These benefits were partially offset by higher aircraft maintenance expense due to the timing of certain engine maintenance events.

During the quarter, the company acquired 5.3 million shares of FedEx common stock. As of August 31, 2014, no shares remained under the existing share repurchase authorizations. Share repurchases benefited earnings in the quarter by $0.15 per diluted share.

FedEx Express will increase shipping rates by an average of 4.9% for U.S. domestic, U.S. export and U.S. import services.

FedEx Ground and FedEx Home Delivery will increase shipping rates by an average of 4.9%. In addition, as announced in May, FedEx Ground will also begin applying dimensional weight pricing to all shipments.

Details of all changes to rates and surcharges are available at fedex.com/us/2015rates.

Effective this fiscal year, the company ceased allocating to its transportation segments the costs associated with the corporate headquarters division. These costs are now included in “Corporate, eliminations and other.” Prior year amounts in this release have been revised to conform to the current presentation.

For the first quarter, the FedEx Express segment reported: